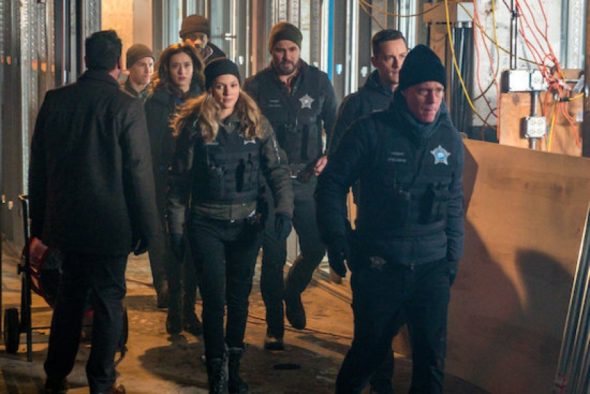 CHICAGO PD!!! Let’s go for SEASON 7. Love it and it should continue.

Please don’t cancel any of the shows.

My whole family loves all the dick wolf series .med fire and pd are our favorites. Keep up the good work.

Please keep Chicago PD on TV. I don’t care for many series, but I love all of the Chicago series, especially Chicago PD

I love PD. Can’t wait for the next episode. A little disappointed with to many reruns during the regular season.

Chicago PD is the best!!! I hope this show runs as long as NCIS series

I watch all three Chicago series but Chicago PD is my favorite. I will defenietly be watching the new series.

Love and miss, Al. Wish there were some way he could come back.

I love all three of the shows, Chicago Med., Chicago Fire, and of course, Chicago PD, is my favorite, of the three.

Love all these shows fantastic news.

I love all three of the Chicagos, and love that thry put them all on the same night.

Absolutely we will be watching. Typically my husband and I watch different shows…but not this one. I finally got him to watch an episode with me and that was it….he’s hooked too….In fact one channel started over at season 1 episode 1 and we stopped watching where we were at and and started over!! but we really hate that Al is gone….

We love PD, we love the gritty real life stories and hope it continues for many seasons to come.