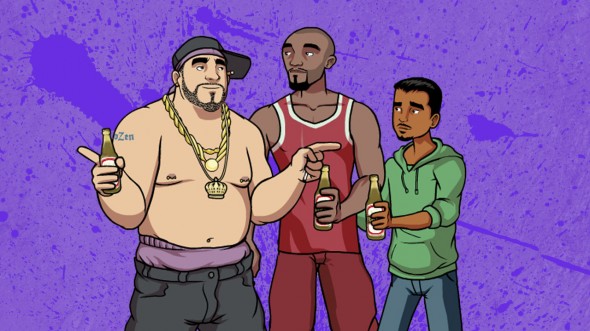 TV show description:
This animated comedy series revolves around Chozen (Bobby Moynihan), a gay white rapper who’s fresh out of prison. Armed with a new message, he’s on a quest for redemption — and to claim his rightful position as the world’s top rap artist.

His music and lyrics take aim at the stereotypes of machismo and misogyny that is synonymous with rap music. And his new world view has been shaped by his time in prison.

Series Finale:
Episode #10 — “The Battle of Broken Spear”
At the summer’s biggest music festival, Chozen confronts his past and goes head-to-head with Phantasm.
First aired: March 31, 2014.

What do you think? Do you like the Chozen TV series? Do you think it should be cancelled or renewed for another season?

Love this show! Been searching for the next season and just saw its cancelled sad face

I love dat show and dey just want to cancel I agree wit all y’all they just canceled. It I hope it comes back of a second season

I really enjoyed this show and it made me laugh and forget about the dark dreariness in my life. It shed some light on things that are impossible or unique such as a , gay, rapper convict! So great! F that stupid network and hope that cartoon network picks it up!!

its just TYPICAL of the large networks to cancel the better entertaining shows like Chozen is, not as he was!!! FX IS BY FAR MY MOST FAVORED OF ALL NETWORKS mainly because of programs such as The Shield and Sons of Anarchy!! IT WAS after all the one and only reason I had Dish Network Satellite TV Service installed into my home way way back before the Pilot of The Shield aired!! I still remember those Commercials showing Sgt. Vic Macky beating that guys ass with the big thick phone book!! I knew then it was a MUST HAVE!! And… Read more »

I liked the show, I with they would bring it back

I loved this show! So sad it is not renewed for a second season

I loved this show. It was fresh and new. not like all this re-hashed BS on TV now. Maybe ADULT SWIM on CN will see the genius and pick it up.

I thought it was a really funny series I’m disappointed in the network for not seeing the potential that it had!!!

Thought it was fun. Am DYING to be able to have a soundtrack available. Can’t believe it would be cancelled considering all the other stuff that is on TV nowadays. C’mon people, really? Let’s put it back on so we don’t have to replace it with a 1/2 hour of crap. Always say, if it’s not broken, don’t fix it. Yeah? Think of all the work you execs will have to do to find a replacement show. Fun.

I really enjoyed the entire season and I am anxious for season two!

So sad that Chozen was not renewed. A fun, irreverant breath of fresh air. So sick
of 24 hours of reruns and almost every channel

This is ridiculous the show is funny!!!