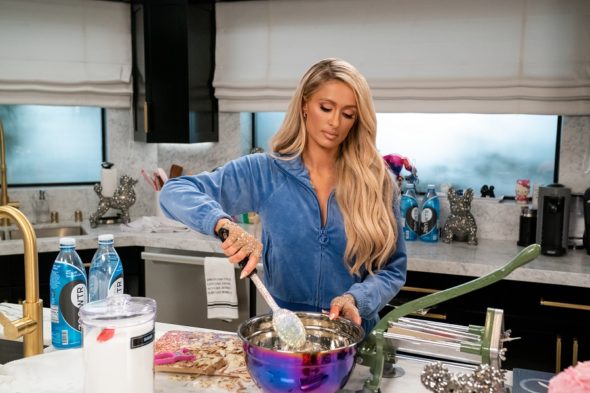 Paris Hilton is hanging up her cooking apron. Netflix has cancelled Cooking with Paris after just one season. The six-episode series arrived in August, and it received horrible reviews, per The Wrap. The show was inspired by a viral segment on The Kelly Clarkson Show.

The Netflix cooking series follows Hilton into the kitchen to cook with celebrity guests. Nikki Glaser, Kim Kardashian West, Demi Lovato, Saweetie, Lele Pons, her mother Kathy Hilton, and her sister Nicky Hilton each appeared on Cooking with Paris during its run.

Paris Hilton still has one series currently airing. Paris in Love arrived in November on Peacock, and it follows her recent engagement and marriage to Carter Reum.

What do you think? Did you watch Cooking with Paris on Netflix? Did you want to see a second season?

I’m devastated. How will I ever go on? Easy, like this: next…

Did anyone actually thought she spent any time cooking?

If she had done the show nude it might have made another season.

Can’t believe it has been cancelled. NOT. Why was this ever made??