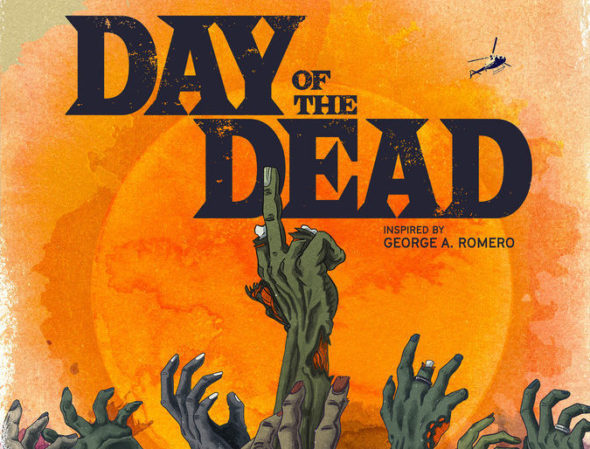 George A. Romero’s Day of the Dead feature film has been beloved for decades by horror enthusiasts. How will a TV based on the film be received? Will it be a hit for Syfy or, will it arrive DOA? Will Day of the Dead be cancelled or renewed for season two? Stay tuned.

A horror drama series, the Day of the Dead TV show stars Keenan Tracey, Daniel Doheny, Natalie Malaika, Morgan Holmstrom, and Kristy Dawn Dinsmore. Recurring performers include Miranda Frigon, Mike Dopud, Dejan Loyola, Marci T. House, Kevin O’Grady, Matty Finochio, Trezzo Mahoro, Christopher Russell, and Lucia Walters. The series tells the intense story of six strangers as they try to survive the first 24 hours of an undead invasion. The tale seeks to remind us that sometimes all it takes to bring people together is a horde of hungry zombies trying to rip them apart.

Note: The first episode was initially aired on Tuesday, October 12th, as a “sneak peak” (paired with the launch of Chucky) and was simulcast on Syfy and USA Network. The Syfy ratings are listed above and, on USA, it attracted a 0.05 demo with 166,000. The episode was subsequently rerun on Syfy on Friday, October 15th, where it drew a 0.06 and 277,000.

What do you think? Do you like the Day of the Dead TV series on Syfy? Should it be cancelled or renewed for a second season?

In terms of the question of whether it should be cancelled, my objective and subjective answers are different. Subjectively I’m really enjoying the twisted humour and characters behaving badly. It’s a fun series and a nice contrast to the more serious tone of the Walking Dead franchise. Objectively though if I was working for SyFy I’d probably have to vote to cancel based on the ratings. So I’m enjoying the show and hoping that it won’t be pulled before the season finale so it at least gets some sort of a conclusion, but I’m not expecting it back next season.