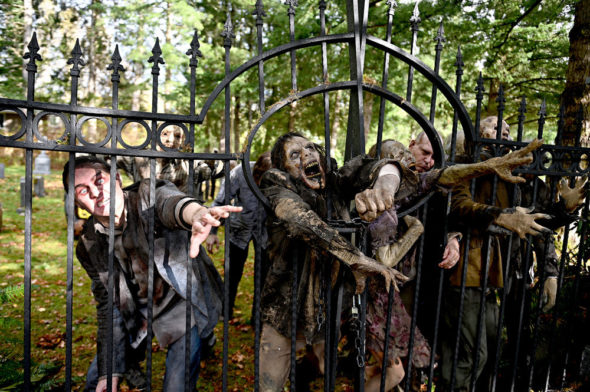 TV show description:
A horror drama series, the Day of the Dead TV show is based on the film of the same name by George A. Romero.

The series tells the intense story of six strangers as they try to survive the first 24 hours of an undead invasion.

The group includes high school senior Cam McDermott (Tracey), the son of a local police detective; Luke Bowman (Doheny), the son of the town mayor; sarcastic Lauren Howell (Malaika), an assistant mortician; former Special Forces Sarah Blackwood (Holmstrom) who now works on a fracking crew outside of town; and Amy (Dinsmore), a life coach and daughter of the town doctor.

The tale seeks to remind us that sometimes all it takes to bring people together is a horde of hungry zombies trying to rip them apart.

What do you think? Do you like the Day of the Dead TV show? Do you think it should be cancelled or renewed for another season?