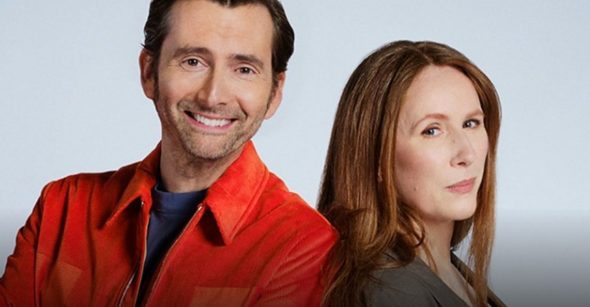 Doctor Who viewers are in for a special treat next season. David Tennant and Catherine Tate will return for the 60th anniversary of the BBC series, which airs on BBC America in the United States. A new Doctor was just announced last week and Ncuti Gatwa will be taking over for Jodie Whitaker in the upcoming 13th season finale.

Tennant played the 10th Doctor from 2005 until 2010 and Tate played companion Donna Noble. It’s unknown if they will be reprising their earlier roles or playing new characters in season 14.

BBC revealed more about the special appearance in a press release.

“The Doctor and Donna parted ways when the Doctor had to wipe Donna’s memory, making her forget him, in order to save her life. He left her family with a warning: if ever she remembers, she will die. But with the two coming face to face once more, the big question is, just what brings the Doctor and Donna back together?

Russell T Davies, Showrunner says: “They’re back! And it looks impossible – first, we announce a new Doctor, and then an old Doctor, along with the wonderful Donna, what on earth is happening? Maybe this is a missing story. Or a parallel world. Or a dream, or a trick, or a flashback. The only thing I can confirm is that it’s going to be spectacular, as two of our greatest stars reunite for the battle of a lifetime.”

In his last ever episode, David’s critically acclaimed portrayal of the Doctor famously said “I don’t want to go…” Well it seems he – and fans across the globe – have got what they wanted as the iconic duo are on their way back…”

A date for the special appearance on Doctor Who will be announced later.

What do you think? Are you excited to see Tennant and Tate back on Doctor Who?

The best news regarding Doctor Who since 2010 !!
Catherine Tate would have been a terrific Doctor (Capaldi was a background caracter in Pompei episode before becoming the Doctor)