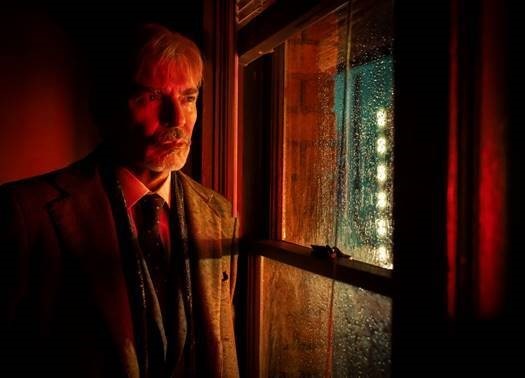 The long wait for the return of Goliath is almost over. Amazon Prime Video has announced the premiere date for the fourth and final season of the series.

Prime Video revealed more about the return of Goliath in a press release.

In the final season, Billy returns to his Big Law roots after Patty (Nina Arianda) takes a job at a prestigious white-shoe law firm in San Francisco. Together, they try to take down one of America’s most insidious Goliaths: the opioid industry. As Billy deals with his own chronic pain and Patty can’t shake the feeling she’s being used, their loyalties will be tested, putting their partnership on the line. In a world where money can buy anything, even justice, they’ll have to risk everything to do what’s right.”

What do you think? Are you a fan of Goliath? Do you plan to watch the final season on Amazon Prime Video?

Love this series. Sad it will be ending

HR Pufnstuff who’s your friend when things get tough…

This series is the best. I just learned about it but once I watched Season 1 episode 2. I was hooked.

I love the showand cast. I cannot wsit.

My boyfriend and love Goliath never want it to end a perfect cast !!

I was really liking this show. My husband battles with his faith as I do. I get the word **** when talkin ****. But… Second season Mcbride had to say by Jesus ******* christ.bye bye

I absolutely love this show and Thornton’s character. I look forward to it every season. I don’t want to see it end.

Yes love this show. Sad to hear it’s the final season. Now what am I going to look forward to?

Love the Goliath series on Prime, can’t wait for its return, season four.

Love this show, wish there were more seasons coming after 4!!

Loved it. Looking forward to 4th season I

This show look really good catch up on this show I can’t wait to watch this.