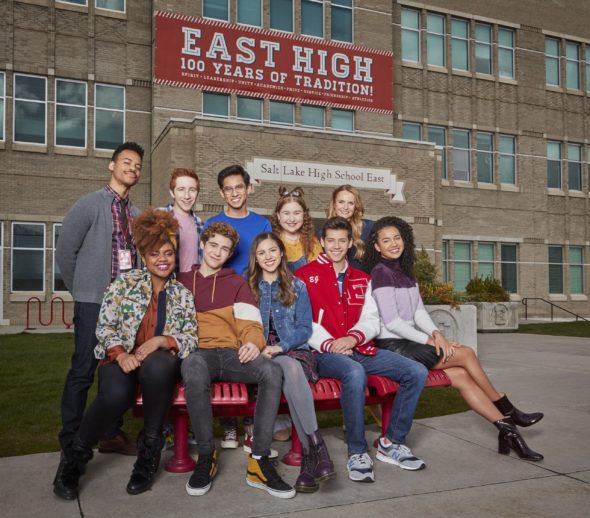 Disney+ revealed more about the upcoming series in a press release:

“Disney+ today revealed the key art and trailer for the third season of the GLAAD Media and Kids Choice Award-winning series “High School Musical: The Musical: The Series,” set to premiere on Wednesday, July 27 on the streaming service. In addition, it was announced that Tony Award-winning actor Jesse Tyler Ferguson (“Modern Family”) and TIME Magazine’s “100 Most Influential People” JoJo Siwa have been cast in guest star roles. Created and executive–produced by Tim Federle (“Ferdinand,” “Better Nate Than Ever”), this season will feature music from “Frozen,” Camp Rock” and the “High School Musical” franchises.

Season three of “High School Musical: The Musical: The Series” is set at Camp Shallow Lake, a sleepaway camp in California, as the Wildcats and their fellow campers are primed for an unforgettable summer ripe with romance, curfew-less nights and a taste of the great outdoors. With a high-stakes production of “Frozen” on the horizon AND a drama-filled “docu-series” of the production in the works, the Wildcats will attempt to show who is “best in snow” without leaving anyone out in the cold.

Ferguson will play “Marvin,” an old family friend of Olivia Rodrigo’s character “Nini.” Fresh off of his first-ever Tony Award win for “Best Performance by a Featured Actor in a Play” in the revival of playwright Richard Greenberg’s “Take Me Out,” the actor, author, producer, and host is known not only for his work but for his ongoing advocacy in the LGBTQIA+ community. He starred as the widely beloved character “Mitchell Pritchett” on the award-winning “Modern Family,” for which he received five Emmy Award nominations for “Outstanding Supporting Actor in a Comedy Series” and four People’s Choice Award nominations for “Favorite Comedic TV Actor.” Most recently, he produced the documentary “Broadway Rising,” which premiered this year at Tribeca and executive-produced and stars in Spotify original podcast, “Gay Pride & Prejudice.” He also recently wrapped production on the thriller “Cocaine Bear,” directed by Elizabeth Banks. In March 2021, Ferguson and co-author Julie Tanous released his first cookbook, “Food Between Friends.” Ferguson recently served as an executive producer on David France’s Emmy Award nominated and BAFTA Award winning documentary, “Welcome to Chechnya.” In 2020, he hosted the reboot of “Extreme Makeover: Home Edition” as well as the prestigious James Beard Awards in 2017 and 2019. In 2012, Ferguson and his husband Justin Mikita co-founded Pronoun, previously known as Tie The Knot, an organization that has proudly raised over 1.5 million dollars and has supported important and impactful LGBTQIA+ orgs across the nation.

Siwa will play “Madison,” a Camp Shallow Lake alum. A global superstar, entrepreneur, singer, television and film star, New York Times bestselling author, and social media sensation, she has over 66 million followers on social media and over 3.7 billion views on YouTube. A consumer products powerhouse, she has sold more than 80 million of her famous bows to date. In November 2018, Siwa released her first EP, D.R.E.A.M. The Music, and in 2019 she performed her first-ever tour, selling out 100+ arenas. In 2019 she released a second EP, Celebrate and JoJo’s Rockin’ Christmas in 2020. Her wildly successful concert tour wrapped this year with 132 dates, and her latest single, “Boomerang” has been viewed over 950 million times and is RIAA certified multi-platinum. Siwa recently starred in ABC’s competition series “Dancing with the Stars,” where she made history as the first contestant to dance with a same sex partner. She serves as creative director and executive producer of the reality competition series “Siwa’s Dance Pop Revolution” on Peacock, and she stars in “The J Team,” a live-action musical on Paramount+, where she serves as Executive Producer and performs the film’s original soundtrack. She was recently announced as one of the judges for Season 17 of “So You Think You Can Dance.” 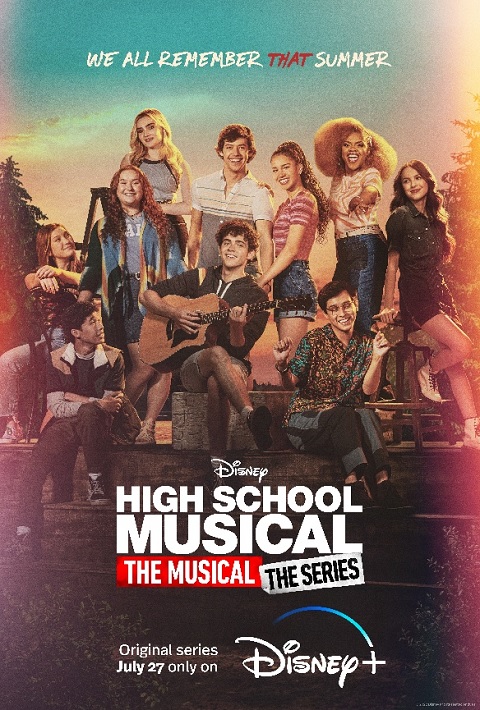 What do you think? Are you excited about the new season of this Disney+ series?