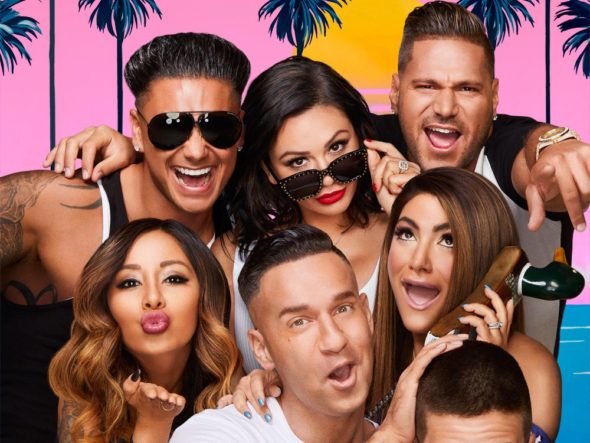 Get ready to see the final episodes of season three of Jersey Shore Family Vacation. The series will return to MTV next month with a marathon of the preceding season three episodes before the big return. A trailer was released by MTV, along with more details about what is ahead for the Jersey Shore gang.

MTV revealed the following in a press release:

“MTV’s Jersey Shore Family Vacation will return for the continuation of season three on Thursday, February 27th at 8PM ET/PT. The all-new episodes take the group across the country – New Jersey, New Orleans and Las Vegas – for surprises, tears and even more outrageous moments, which all lead up to a wildly memorable trip down the aisle for one of the cast members.

After a tumultuous year, Mike ‘The Situation’ rejoins the group after his long-awaited release from prison, and the roommates finally feel whole again and ready for a fresh start. While Nicole and Deena continue to live their best ‘mommy’ lives, Jenni embraces her newly single life and Vinny is happily eating carbs again. Meanwhile, Ronnie’s quest for inner peace is always foiled because of his on-again/off-again relationship, DJ Pauly D is touring the country conquering the DJ world, and Angelina is gearing up to say ‘I do!’

Check out the trailer for the new episodes of Jersey Shore Family Vacation below.

What do you think? Are you excited for the return of this MTV series?

Please continue jersey shore. I enjoy watching the crazy stuff that goes on.