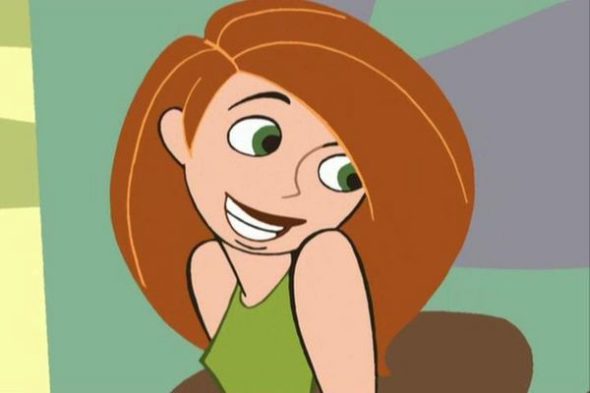 Disney’s Kim Possible movie will star Sadie Stanley and Sean Giambrone as Kim Possible and Ron Stoppable, respectively. The TV movie is slated to premiere in 2019.

Take a first look at the new actors and read more info below: 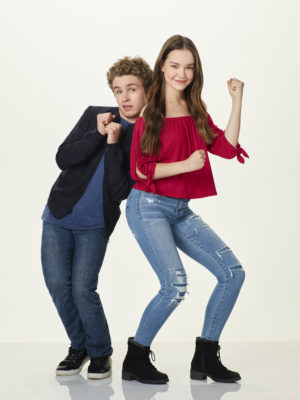 Sadie Stanley and Sean Giambrone will star as Kim Possible and Ron Stoppable in the live-action “Kim Possible,” a Disney Channel Original Movie based on the global hit animated series about an everyday high school girl who, in her spare time, saves the world from villains. The comedy-adventure will go into production this summer and is set to debut in 2019.

Judy Taylor, senior vice president, Casting and Talent Relations, Disney Channel, said, “Sadie delivers Kim’s confidence, smarts, and agility; most importantly, she’s an everyday girl with an extraordinary spirit.” She added, “Sean is such a magnetic actor; he always finds the right balance of physical comedy and heart. We’re excited for audiences to see Sadie and Sean bring these iconic roles to life.”

A native of Columbia, South Carolina, 16-year-old Sadie Stanley landed the role in her first-ever audition. She has since guest-starred on “Game Shakers.” Sean Giambrone, age 18, stars in ABC’s hit comedy “The Goldbergs” and will film “Kim Possible” before returning to production of that series, now going into its sixth season, this summer.

Writing the script for the live-action movie are the creators of the animated series “Kim Possible,” Emmy(R) Award-winning Mark McCorkle and Bob Schooley (“Big Hero 6 The Series,” “The Penguins of Madagascar”), and Josh Cagan (“The DUFF,” “Bandslam”). The executive producers are McCorkle, Schooley and Zanne Devine, whose producing credits include “I, Tonya” and “Easy A.” The movie will be co-directed and co-produced by Adam B. Stein and Zach Lipovsky (both of Disney XD’s “MECH-X4). Blyth Nailling (ABC’s “Last Man Standing” and “Scrubs”) is the casting director.

The animated comedy/adventure series launched in 2002 and centered on a strong teenager who uses her brain, heart and expertise to save the day. Throughout 87 episodes, Kim Possible traversed the social hierarchy of high school and, with her loyal sidekick Ron Stoppable and his naked mole-rat Rufus by her side, thwarted power-hungry villains Drakken and Shego, among others. It inspired two popular animated original movies, “Kim Possible Movie: So the Drama” in 2005, which was the first animated title in the Disney Channel Original Movie franchise, and “Kim Possible: A Stitch in Time” in 2003.

Though they’re a little too old to play the live-action versions, original voice actors Christy Carlson Romano and Will Friedle gave their all to their auditions.

What do you think? Are you a fan of Kim Possible? Will you watch the TV movie?

One of best cartoon at time frame story. New movie quiet awful dislike never was into it. Funny lines between characters it made fun action comedy very few shows did that back then very different. Love it though watch every episode for most part. Binge watching all on Disney plus so good.