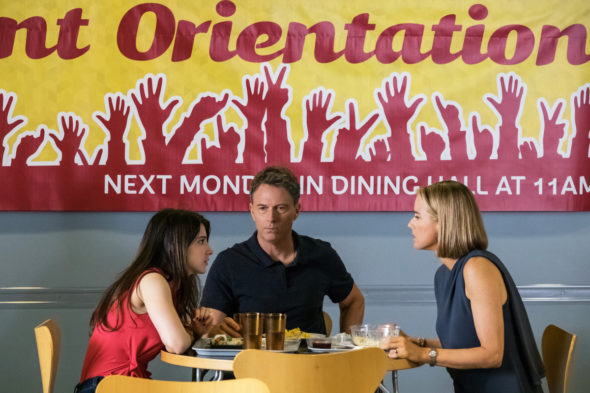 Excelant show it will be hard to find a replacement of any quality. The acting is exceptional, directing & the screen writing well thought out

It has been so difficult to find a new tv series after watching this series. The theme is perfect.

LIKED THE SERIES VERY MUCH MORE THAN ITS REPLACEMENT. IT IS COMPLICATED AND I MUST WATCH FROM THE START TO KEEP UP

What’s with the Madam and her husband wearing big glasses and then taking them off and on at all the drama points. It’s annoying –

Madamn Sectretary is my favorite show but I don’t like that it is often pushed back because of sports that run overtime. Now it is not even scheduled until 9:00 p.m. and when I wait and wait for it and then it isn’t even on, I think about not planning to watch it the next week. There are other things I could be doing besides waiting for a show that is not going to be on.

Never cared for the show. Tea character too melodramatic for my taste. Was it canceled, don’t think it was. This was just a ranking of shows and ability to comment.