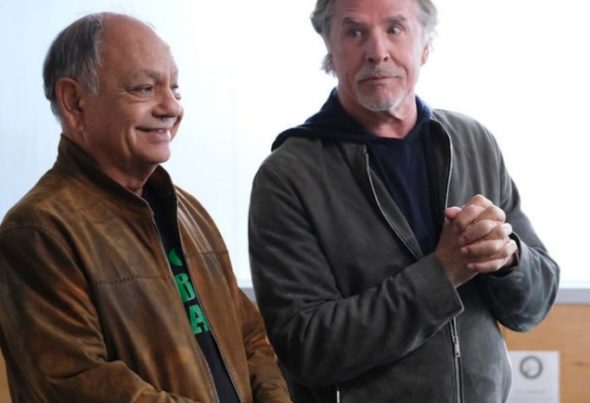 Nash Bridges fans received more intel on the USA Network film featuring Don Johnson and Cheech Marin. The duo is together again twenty years after their show aired on CBS.

In the reunion movie, Johnson and Marin are joined by Bonnie Somerville, Joe Dinicol, Diarra Kilpatrick, Angela Ko, Paul James, Alexia Garcia, and Jeff Perry. The film will start with a big chase scene that goes wrong. The action then jumps ahead a year, and Nash is working as a bounty hunter, and his former partner now owns a legal marijuana dispensary.

Johnson said the following about bringing Nash Bridges back to the small screen, per TV Insider:

“I thought, especially during this time, it can bring some joy and action. ‘Comfort food’: That’s how I’m referring to myself these days.”

If the film does well on USA Network, a new series is possible. Nash Bridges returns to the small screen on November 27th. Check out the preview for the film below.

What do you think? Are you excited to see Nash Bridges on USA Network?

Please please bring back Nash and Joe… always was great to watch them solve the big and small problems facing San Francisco… always had a guest star that worked well with them. We need this kind of Dramedy….