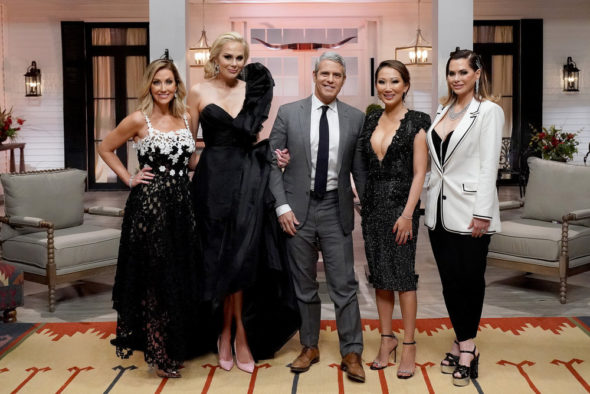 Real Housewives of Dallas is not returning in 2022 for a sixth season. Bravo announced recently that there are no plans at the current time to bring back the reality series after a ‘messy’ fifth season, per Variety.

A spokesperson for Bravo said that “there are currently no plans to bring The Real Housewives of Dallas back next year, and beyond that, nothing official has been decided.” Several incidents with cast members caused the cable channel to evaluate continuing the series at this time. Some filming for a sixth season has been done, but Bravo is backing away from filming further.

It is possible fans could see a sixth season of Real Housewives of Dallas at a later date but, at this point, it’s on an indefinite hiatus.

What do you think? Are you a fan of the Real Housewives of Dallas on Bravo? Did you want to see the sixth season?

Please cancel all the “Real Housewives” shows. There’s nothing “real” about them except for their disgusting attitudes and behavior.

Cancel the entire useless Bravo channel and it would be a good start in eliminating the cancer of “reality” TV from your side of Earth’s crust.