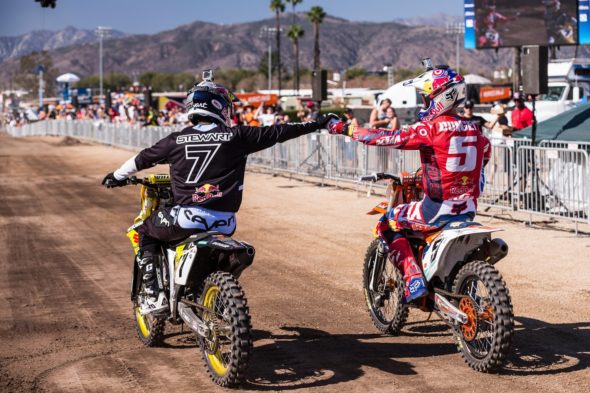 Is this sports series a winner? Has the Red Bull Peaking TV show been cancelled or renewed for a second season on The CW? The television vulture is watching all the latest cancellation and renewal news, so this page is the place to track the status of Red Bull Peaking, season two. Bookmark it, or subscribe for the latest updates. Remember, the television vulture is watching your shows. Are you?

Airing on The CW television network, Red Bull Peaking takes an unfiltered and intimate portrait of outstanding athletes as told in their own words. Episodes follow landmark moments in their careers from their personal points of view, during the 72-hour period immediately before, during, and after potentially groundbreaking events in their careers. The subjects of these up-close and personal narratives include sports stars like mountain biker Kelly McGarry, auto racer James Stewart, cross country skier Jenny Rissveds, surfer Peter Mel, snowboarder Mark McMorris, biker Nicholi Rogatkin, and mountain biker Carson Storch.

Will The CW cancel or renew Red Bull Peaking for season two? First off. the ratings are terrible. . However, this series appears to be heavily sponsored by Red Bull so, I suspect that its cheap for the network and its future will depend on the brand’s interest in making more. I’ll update this page with breaking developments. Subscribe for free Red Bull Peaking cancellation or renewal alerts.

What do you think? Do you hope the Red Bull Peaking TV show will be renewed for a second season? How would you feel if The CW cancelled this TV series, instead?