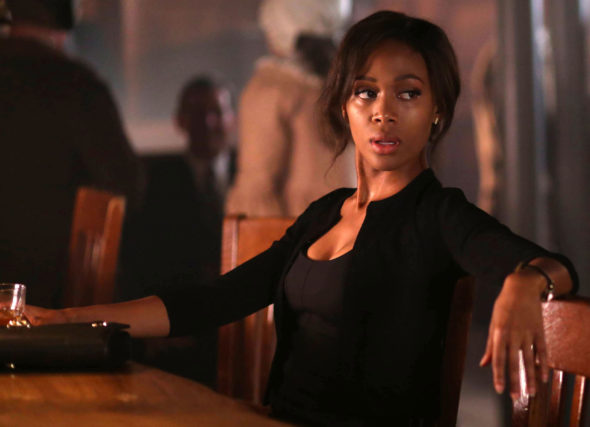 Sleepy Hollow is no longer on the air, but it still has its fans. One of the biggest moments of the series happened during the season three finale. Abby, played by Nicole Beharie, had her character killed off. The move shocked fans of the series.

Beharie spoke about her departure of the series while promoting her latest project, Miss Junteeth. She said the following, per the San Diego Tribune:

“What happened on Sleepy Hollow is really interesting. We had a lot of things happen that paralleled the conversations that are happening in this moment. My costar and I were both sick at the same time but I don’t believe that we were treated equally. He was allowed to go back to England for a month [to recover while] I was given Episode 9 to shoot on my own. So I pushed through it and then by the end of that episode I was in urgent care. And all the doctors, including the doctors that the studio was sending, were all confirming, ‘Hey, she can’t work right now.’”

The FOX series ended after its fourth season.

What do you think? Were you a fan of this series? What did you think of Beharie’s departure from the series?

I miss the show but y did it get canceled

I continued to watch the show but I noticed the difference and hated it. Now that I know, I’m glad it ended.

Don’t know the truth about this seems fishy they were both out at the same time, and the studio would have paid for treatment here instead of him going back to the N.H.S.
I think even if she stayed it would have dealt with the same enemies, and sucked just as bad though.
If I missed anyone it was John Noble, and I thought it was extremely weird when the blonde guy went missing (Hawley) all of a sudden.

Wait, what did both the actors have? Sick enough for him to go back to England for a month(which btw there was only the one episode to film). Why did she complain about pay then, or was it both? Situation sounds kind of like Jennifer Esposito who discovered she was sick during Blue Bloods, & because she had to have a lot of time off-they just got another actor. I can understand both sides though . Networks are still a business, & they lose money if shutdown. Did they treat her differently because of her race(maybe, maybe not), or because… Read more »

I was a big fan, and it was disappointing when she left! Because the show needed both of them to have survive.

I was enjoying all of it until the end of Nicole Beharie. She and the other cast members were keeping it interesting. Then, the end…for me at least. I did NOT like the new scripts or episodes as they appeared. We (my family) quit watching after Nicole’s departure.

So did I. The fact that they treated her so badly is despicable.

i really enjoyed that show as it was something original, but once they got rid of Abby’s character i stopped watching and the show needs both of them as is evident now that it has come to an end. did not know why she left, but I do now. Good on you girl.

I loved the show and loved it even more when she was kicked off. I loved the new characters they brought on and it was a shame that they cancelled the show.

Like Lyne h Ball I truly love to enjoy Sleepy Hollow and I still wish that the series was on the air. Too bad that no other channel didn’t pick the series for the new season.

I loved the show and I hate that it was cancelled. I also hate how the woman who played Abby’s character on the show was treated while sick. That was not fair in the least. I don’t blame her for leaving.

I never watched the show and I find that to be ridiculous for them to treat her like that.