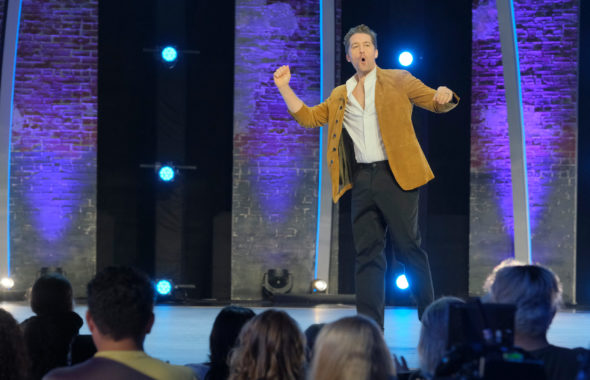 So You Think You Can Dance has lost one of its season 17 judges. Matthew Morrison has exited the FOX series after just four episodes. Per Deadline, he was removed from the show for “failing to follow production protocols.” A replacement will be announced at a later date.

Morrison said the following about his departure from the FOX series:

“Having the opportunity to be a judge on So You Think You Can Dance was an incredible honor for me. Therefore, it is my deepest regret to inform you that I will be leaving the show. After filming the audition rounds for the show and completing the selection of the 12 finalists, I did not follow competition production protocols, preventing me from being able to judge the competition fairly. I cannot apologize enough to all involved and I will be watching alongside you all on what I know will be one of the best seasons yet.”

So You Think You Can Dance premiered on FOX last week, and the series will continue to air on Wednesday nights. Last week’s debut marked the series’ return after a two-year absence due to the pandemic.

What do you think? Are you surprised to hear of Morrison’s exit from So You Think You Can Dance? Did you enjoy his appearance on the series in the premiere?

Such a same to see him leave the show, but what was he thinking?
Shame on him for breaking the rules!!!!!!!!