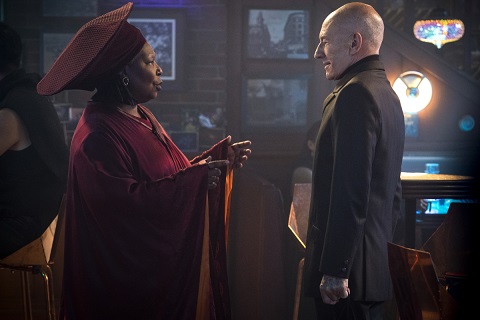 Star Trek: Picard returns for its second season next month, and now viewers are being given their first look at the return of Whoopi Goldberg as Guinan on the Paramount+ series. Goldberg appeared alongside Sir Patrick Stewart and the rest of the Star Trek: The Next Generation cast in 29 episodes of the 1987-94 sci-fi TV show.

Paramount+ revealed more about the upcoming season of Star Trek: Picard in a press release.

“Paramount+, the streaming service from ViacomCBS, today revealed the official trailer for season two of its hit original series STAR TREK: PICARD. Season two of STAR TREK: PICARD will premiere on Thursday, March 3, exclusively for Paramount+ subscribers in the U.S. Following the premiere, new episodes of the 10-episode-long second season will drop weekly on Thursdays. In addition, the trailer unveils a first look at Academy Award winner Whoopi Goldberg, reprising her beloved role as Guinan from “Star Trek: The Next Generation.”

Season two of STAR TREK: PICARD takes the legendary Jean-Luc Picard and his crew on a bold and exciting new journey: into the past. Picard must enlist friends both old and new to confront the perils of 21st century Earth in a desperate race against time to save the galaxy’s future – and face the ultimate trial from one of his greatest foes.

Check out the trailer and new poster for Star Trek: Picard season two below. 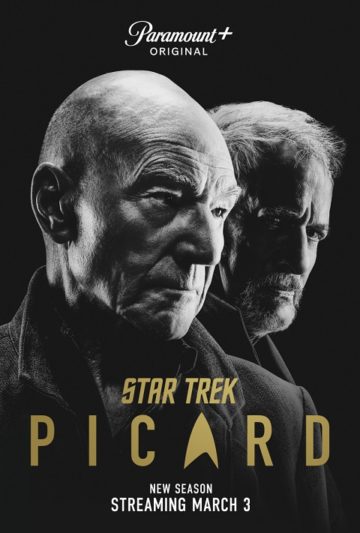 Picard has already been renewed for a third season and episodes are currently being filmed. A premiere date will be announced at a later time.

What do you think? Are you excited about the return of the Star Trek: Picard series on Paramount+? Are you looking forward to seeing Q and Guinan again?

Please let this be better than the first season because that was so terribly done.