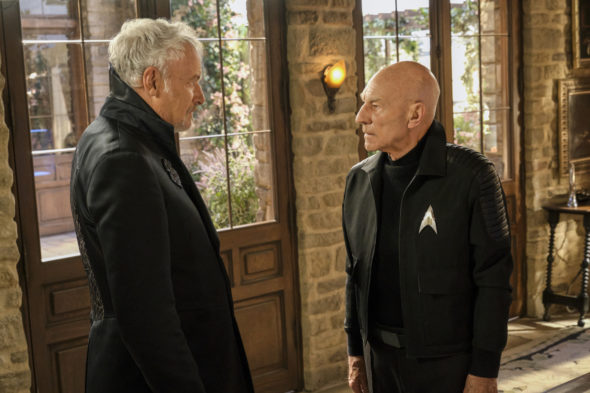 A Paramount+ sci-fi series, the Star Trek: Picard TV show is a follow-up to Star Trek: The Next Generation. It stars Sir Patrick Stewart, Alison Pill, Jeri Ryan, Michelle Hurd, Evan Evagora, Orla Brady, Isa Briones, Santiago Cabrera, and Brent Spiner, with Annie Wersching and special guest stars Whoopi Goldberg and John de Lancie. The series takes place in the latter part of the 24th Century and picks up two decades after the last time viewers saw Jean-Luc Picard (Stewart), as Starfleet Captain of the U.S.S. Enterprise. Season two takes Picard and his new crew on a bold new journey — into the past. Picard must enlist friends both old and new to confront the perils of 21st century Earth in a desperate race against time to save the galaxy’s future while also facing the ultimate trial from one of his greatest foes.

What do you think? Which season two episodes of the Star Trek: Picard TV series do you rate as wonderful, terrible, or somewhere between? Are you glad that Star Trek: Picard on Paramount+ has been renewed for a third season? Don’t forget to vote, and share your thoughts, below.

Season two of Star Trek Picard has been good, but has barely had much of Q in it, much less any clear indicator as to why he’s off his rocker. I see Q as being a huge missed opportunity for further character development in the Star Trek franchise. I do not believe that fans have been well served by the way this is written.