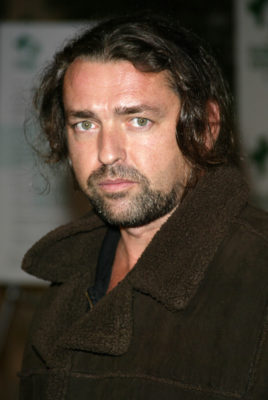 On Strange Angel, Macfadyen will be playing Aleister Crowley, “the founder of Thelema and an accomplished man of mystery – as well as a writer of novels, a climber of mountains, and a master spy.”

Season two of Strange Angel is slated to debut on CBS All Access this summer.

LOS ANGELES, Calif. – Feb. 27, 2019 – CBS All Access today announced that Angus Macfadyen has been cast as Aleister Crowley in the second season of its original period drama STRANGE ANGEL, which explores the bizarre true story of Jack Parsons, a man who straddled the worlds of rocketry and the occult, returning this summer.

Aleister Crowley, the founder of Thelema and an accomplished man of mystery – as well as a writer of novels, a climber of mountains, and a master spy – comes to Jack Parsons (Jack Reynor), seeking Jack’s military connections, and ultimately pushes Jack to wield the full powers of magick and will.

Angus Macfadyen is best known for his role as Robert the Bruce in the Academy Award(R)-winning film “Braveheart.” His wide range of film credits include “The Divine Secrets of the Ya-Ya Sisterhood,” “Equilibrium” opposite Christian Bale, Julie Taymor’s “Titus” with Anthony Hopkins, “Cradle Will Rock” co-starring Tim Robbins, “We Bought A Zoo,” “Lost City of Z” and “The Bruce,” which Macfadyen co-wrote and also produced. He adapted the screenplay and starred in the modern retelling of “Macbeth,” “Macbeth Unhinged,” which also marked his directorial debut. On television, Macfadyen starred in three seasons of AMC’s “Turn.” He also appeared on stage in “Madea” opposite Annette Bening.

At the conclusion of STRANGE ANGEL’s first season, Jack and his team from Caltech make a scientific breakthrough that secures the military’s interest as the country nears the brink of war. In season two, the U.S. is fully engaged in World War II, transforming Jack’s rocketry work into a lucrative business and further entrenching him in the military-industrial complex. While Jack’s career takes off, he and his wife Susan’s devotion to their new occult religion, Thelema, grows, leading them to invite the sex cult into their new Pasadena mansion and Jack to forge a personal relationship with the group’s notorious founder, Aleister Crowley himself.

STRANGE ANGEL, created by Mark Heyman (“Black Swan,” “The Skeleton Twins”) and based on George Pendle’s book of the same name, is inspired by the real-life story of Jack Parsons and explores the intersection between genius and madness, science and science-fiction.

I’m eagerly awaiting Season 2 of “Strange angel.” It was soooo intriguing and different…