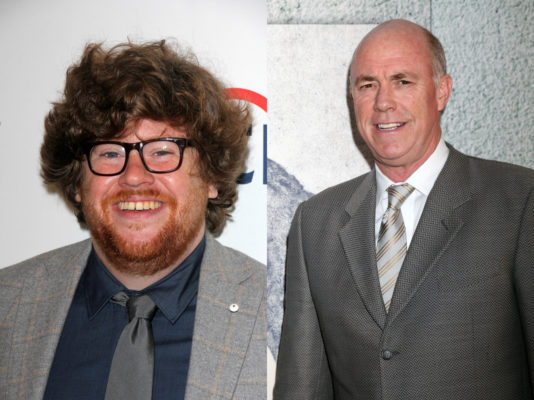 The drama “explores the dramatic intersection between genius and madness, science and science fiction, and is inspired by the real life story of Jack Parsons.” The cast also includes Rupert Friend, Bella Heathcote, and Jack Reynor.

CBS All Access has not yet announced a premiere date for Strange Angel, but you can read more details below:

Production of the 1930s-set series began earlier this month on location across Los Angeles.

It was previously announced that Jack Reynor will star in the series as Jack Parsons, a brilliant and ambitious blue-collar worker of 1930s Los Angeles who started as a janitor at a chemical factory but had fantastical dreams that led him to birth the unknown discipline of American rocketry. Along the way, he fell into a mysterious world that included sex magick rituals at night, ultimately becoming a disciple of occultist Aleister Crowley. Parsons used Crowley’s teachings of self-actualization to support his unimaginable and unprecedented endeavor to the stars.

Peter Mark Kendall will portray Richard Onsted, Jack’s oldest and best friend and a mathematical genius incapable of hiding his opinions, at least when he’s around people he deems less intelligent than himself (which is most of the time). Kendall’s television credits include NBC’s “Chicago Med,” FX’s “The Americans” and HBO’s “Girls.” He will next be seen in the feature film “I Am Not a Bird.”

Michael Gaston will portray Virgil Byrne, Jack’s father-in-law, a domineering, sanctimonious man and a religious zealot. Currently, Gaston can be seen as a series regular on Amazon’s “Man in the High Castle” and his other television credits include HBO’s “The Leftovers,” TNT’s “Murder In The First” and CBS’ “Jericho” and the films “Bridge of Spies” and Nicole Holofcener’s upcoming “The Land of Steady Habits.”

Greg Wise will portray Alfred Miller, the Grand Magus of the Agape Lodge, the occult group that Parsons gets pulled into. Attractive and alluring, though a changeling, you never quite know where he stands. Currently, Wise can be seen on television in Netflix’s “The Crown” and BBC4’s Swedish thriller “Modus.” Wise is best known for his role as Willoughby in Ang Lee’s 1995 film adaptation of Sense and Sensibility and BBC period dramas including “The Moonstone,” “Madame Bovary” and “Cranford.”

Zack Pearlman will portray Samson Hunt, a Caltech student eager to join Jack’s rocketeering team, he is a brilliant scientist in the field of fluid dynamics and a strange combination of “good-ole-boy and nerd.” On television, Pearlman is known for his roles on SHOWTIME’s SHAMELESS and Fox’s “Mulaney” as well as his roles in the films “The Intern,” “Why Him?” and “Staten Island Summer.”

Keye Chen will portray Gui Chiang, a regal, brilliant Caltech student who joins Jack’s rocketeering venture; he is descended from Asian royalty but often overlooked by his faculty advisors. On television, Chen recurred as “Dang” on the hit HBO comedy show “Silicon Valley,” was a series regular on the go90 series “Tales of Titans” and had additional roles on TBS’s “Cougar Town,” Fox’s “Gang Related,” HBO’s “The Comeback” and more.

Last month, it was announced that Rupert Friend will portray Ernest Donovan, the enigmatic neighbor of Jack Parsons who becomes the young scientist’s tour guide into the illicit underbelly of 1930s Los Angeles. A lost soul and drifter, Donovan pulls Parsons out of his humdrum existence and into a strange new religion that encourages its followers to pursue their deepest and darkest desires as a means of bending the world to their will.

Additionally, it was reported earlier that Bella Heathcote will portray Susan Parsons, Jack’s devoted and fiercely intelligent wife. Susan backs Jack up in his endeavors, both financially and emotionally, partially out of faith, primarily out of love. Susan begins the show saddled with a nagging sense of shame that makes it difficult to express her own displeasure with Jack as he ignores her warnings about this new fringe religion Ernest has introduced them to. But over the course of season one, Susan finds her voice and will come to confront the men who have long ignored or discounted her true desires.

STRANGE ANGEL, a drama series from executive producer Mark Heyman (“Black Swan,” “The Skeleton Twins”) and based on George Pendle’s book of the same name, explores the dramatic intersection between genius and madness, science and science fiction, and is inspired by the real life story of Jack Parsons. STRANGE ANGEL will be produced by CBS Television Studios in association with Scott Free Productions. Mark Heyman, David DiGilio, Ridley Scott and David W. Zucker will serve as executive producers; Clayton Krueger will be co-executive producer, and David Lowery (“A Ghost Story,” “Pete’s Dragon”) will direct and executive produce.”

What do you think? Are you a fan of period dramas? Will you watch Strange Angel?