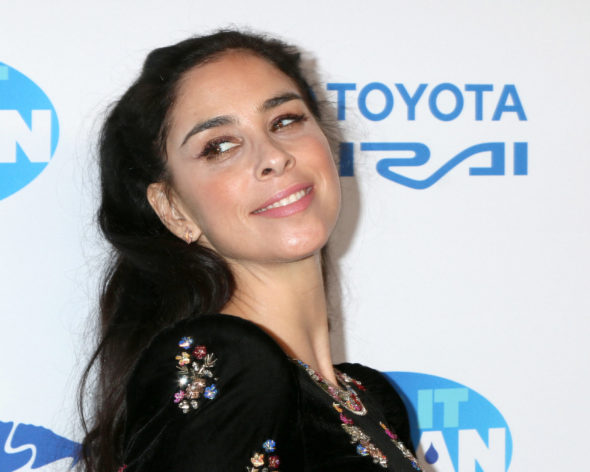 A popular segment from David Letterman’s former late-night series is returning to television as a new comedy-variety series hosted by Sarah Silverman. TBS has ordered 10 episodes of Stupid Pet Tricks which will begin filming later this year.

TBS revealed more about the series order in a press release.

“TBS invites you to grab your four-legged BFFs and take a walk down memory lane to revisit one of late-night’s most iconic segments on The Late Show with David Letterman, Stupid Pet Tricks, which has been greenlit as a ten-episode, half-hour series for the network. Host Sarah Silverman (I Love You America, “The Sarah Silverman Podcast”), a fierce lover of funny animals and their equally funny humans, brings this classic segment into a fresh, comedy variety show filled with big laughs, extraordinary animals, and of course the most Stupid Pet Tricks out there. Production will begin in Los Angeles later this year.

Brett Weitz, General Manager, TBS, TNT and truTV said: “Continuing our strategic commitment to a bold unscripted slate that Corie Henson and her team have implemented and building off the incredible successes of Go-Big Show and Wipeout we knew we had to elevate our roster by looking at the greats of television history and learning from their innovation. David Letterman is an entertainment legend who changed the face of broadcast history with three simple words Stupid Pet Tricks. Not just anyone could carry on that legacy, except the wickedly brilliant, Sarah Silverman. I have no doubt that her brand of comedy will bring heart and raw humor in a way that will capture the original heritage of ‘Stupid Pet Tricks’ and provide hilarious moments for a new generation yearning to seek truth and laugh till they cry.”

Silverman said: “The rule in show business is, ‘never work with animals or children’ but I choose to work with David Letterman anyway.”

“This is a dream project. To be able to take one of our favorite late-night segments ever, watch Sarah Silverman infuse it with originality and new life and then go make it for TBS, doesn’t get better than this,” said Jay Blumenfied, The Jay & Tony Show.

Inspired by David Letterman’s beloved segment Stupid Pet Tricks, the new comedy series will retain all the original charm, silly fun, and appreciation for the often-absurd bond between humans and their animal friends, with comedy legend and host Sarah Silverman infusing it with a quirky vibe.

Each episode features a parade of pets performing the most ridiculous, impressive, and extraordinary tricks on a studio stage before a live audience, interweaving comedic bits along with games and surprise celebrity guest drop-ins, as pet parents join their furry (or scaley!) friends in the quest to be crowned with the coveted title -Stupidest Trick of the Week.

What do you think? Are you going to check out Stupid Pet Tricks on TBS?

Let Colbert host this show. He a perfect fix for the name of this lol

What is TBS doing?