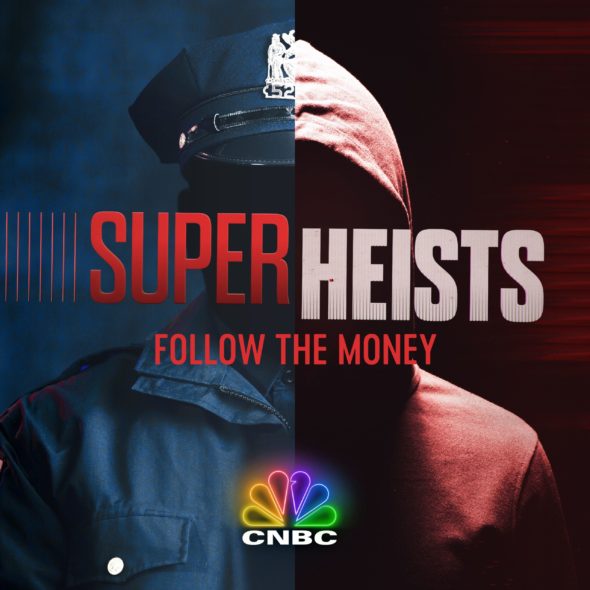 Super Heists is coming to CNBC. The new true-crime series will arrive next month, and it will show both sides of big heists – the thieves and those that investigate them. Six episodes have been ordered and will air on the cable channel starting August 9th.

CNBC revealed more about the new series in a press release.

“CNBC today announced the latest addition to its primetime summer lineup, new original Super Heists premiering Monday, August 9 at 10pm ET/PT. The six-episode series, from Jupiter Entertainment, cracks open the case files of different master thieves, examining their crimes from two distinct, yet parallel points of view: the masterminds themselves and the investigators who doggedly pursue them. Whether it’s the huge bankrolls that inspire these heists or the thieves’ mad dash to stash their loot, investigators know the best way to solve the case is to follow the money.

“Money is the central character in all of our storytelling,” said Denise Contis, Executive Vice President and Head of Content, CNBC Primetime. “Super Heists offers a fresh take on the true-crime genre and illustrates our continuing commitment to high-quality programming.”

The series uncovers some of the most outrageous heists in history – from America’s biggest bank heist rumored to contain a $30 million Nixon slush fund and sparked one of the largest federal investigations on record…to the audacious caper involving $12 million in rare books. Each story reveals the single fatal flaw that broke the case.

Additional episodes include the second-largest bank heist in American history (“The Loomis Depot Heist”), an art heist where Picasso masterpieces disappeared in plain sight (“The Mark Lugo Affair”), and the infamous “Heist of the Century” where the masterminds tunneled into a bank vault and wheeled out $160 million in uninsured cash (“The Banco Rio Job”).

Check out the trailer for the upcoming series.

What do you think? Are you going to check out Super Heists on CNBC in August?

Looks like it will be an AWESOME new show ! Can’t wait to watch, and get all my friends watching it, too…