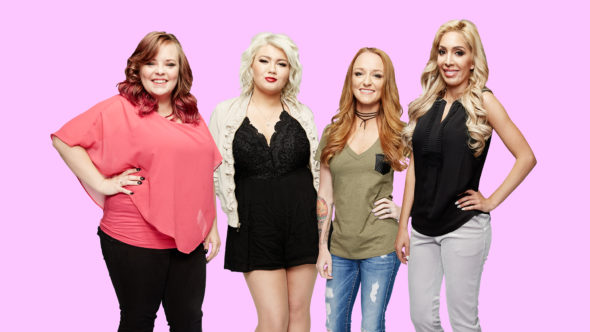 Teen Mom is getting ready for its ninth season on MTV. The OG cast is returning for new episodes with new drama, and a preview has now been released. Amber, Catelynn, Cheyenne, Maci, and Mackenzie are back for the season and viewers will see how they handle the new normal created by the pandemic.

MTV revealed more about the return of the series in a press release.

“When you’re a mom, there’s never a moment to slow down – even if a global pandemic throws the world into chaos. So, the moms of Teen Mom OG are barreling forward and making major moves faster than ever. Amber, Catelynn, Cheyenne, Maci and Mackenzie continue to share their most personal struggles and achievements leaning into the turmoil of today’s “new normal” with resilience and grit. Through good and bad times, these women can always find the bright side for themselves and their kids.

· Amber contemplates moving onto Gary’s property after her relationship with her daughter Leah becomes strained.

· Catelynn suffers a miscarriage and bravely shares her story to help others.

· Cheyenne rekindles a romance with her ex-boyfriend Zach, and their relationship escalates quickly. It becomes even more real when they find out they’re expecting!

· Maci puts her personal feelings aside to support Bentley when he takes the steps necessary to repair his relationship with his dad Ryan.

· Mackenzie’s marriage to Josh is crumbling so she makes a drastic change and moves her family to Florida for a business opportunity.

Check out a preview for the new season of Teen Mom below.

What do you think? Are you excited for the return of Teen Mom to MTV? Do you plan to watch season nine?