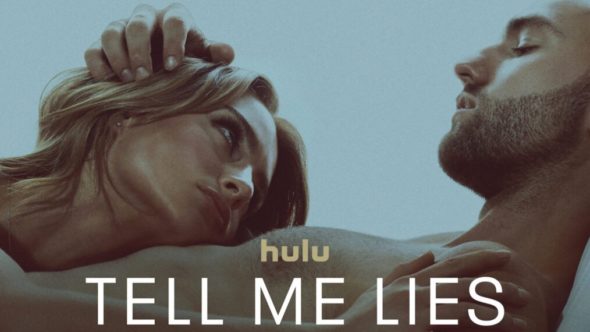 Tell Me Lies has a premiere date on Hulu. The streaming service has revealed that the drama, starring Grace Van Patten and Jackson White, will arrive next month. The show is based on the novel by Carola Lovering and follows an addictive relationship as it develops over eight years.

Hulu revealed the following about the plot of the series:

“Tell Me Lies follows a tumultuous but intoxicating relationship as it unfolds over the course of 8 years. When Lucy Albright (Grace Van Patten) and Stephen DeMarco (Jackson White) meet at college, they are at that formative age when seemingly mundane choices lead the way to irrevocable consequences. Although their relationship begins like any typical campus romance, they quickly fall into an addictive entanglement that will permanently alter not only their lives, but the lives of everyone around them.”

Check out the trailer for Tell Me Lies below. The series arrives on September 7th.

What do you think? Are you planning to check out Tell Me Lies on Hulu?