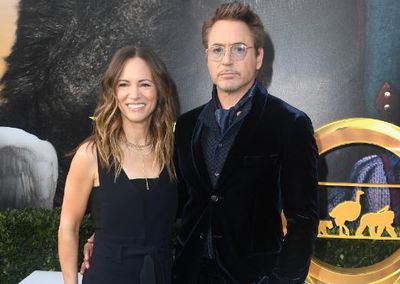 The Bond is coming to Discovery with a well-known executive producer. Robert Downey Jr., Susan Downey, and Emily Barclay Ford of Team Downey and writer/producer Glen Zipper have partnered with the cable channel for the docu-series. This four-parter will focus on the bond between animals and humans and their touching stories.

“Discovery Channel has greenlit a new wildlife series THE BOND, it was announced today by the network. Executive produced by Robert Downey Jr., Susan Downey and Emily Barclay Ford of Team Downey and writer/producer, Glen Zipper, co-author of the novel Devastation Class and creator of Dogs on Netflix; the four-part series takes an intimate look at the unique bond between animals and humans, spotlighting these relationships in its purest forms. Spanning the globe, THE BOND tells the remarkable, moving, and surprising stories of men, women, and children bonding deeply with animals that we might think of as wild. These animals were never meant to be domesticated, but because of the extreme circumstances that often arise in the modern world, they were forced into close contact with human beings – and both animal and human had to adapt in sharing our increasingly fragile planet.

“What I love about THE BOND is it celebrates the special relationships between people and unusual animals: showing how in many ways they rescue each other. We are excited to get the opportunity to partner with the Downeys and Glen Zipper on this joyful project,” says Nancy Daniels, Chief Brand Officer, Discovery and Factual.

“The Bond reminds us that beauty, connection and hope can be born out of the most adverse and challenging circumstance in our world. As animal lovers, we are thrilled to partner with Glen Zipper and Discovery to capture these incredible stories,” states Team Downey’s Susan Downey.

“Our connections with our beloved pets are strong and familiar, but humanity’s bond with animals goes far beyond just dogs and cats, sometimes manifesting in truly extraordinary ways,” said Glen Zipper. “I’m thrilled to be partnering with Team Downey and Discovery to explore these special relationships, and the often inspiring and surprising stories of how we intersect with our many other cohabitants in nature.”

What do you think? Will you check out The Bond on Discovery Channel? Do you have a special animal in your life?

This look good reminds me crocodile hunter from years ago hope good series sound really good can’t wait to see it love him.