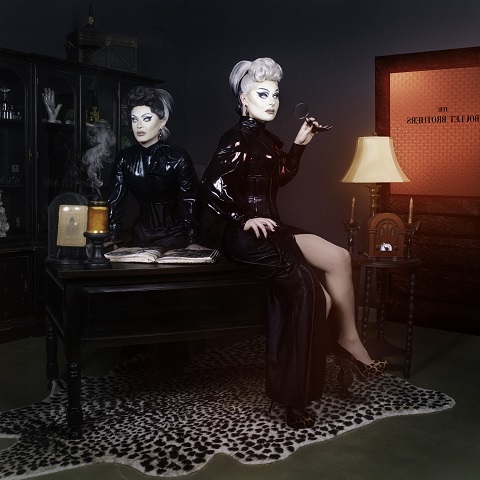 The Boulet Brother’s Dragula has been renewed for a fourth season by Shudder. Casting is now taking place for the 10-episode drag competition series. The first three seasons of the series, which aired on Netflix in the U.S., are also available on the Shudder streaming service.

Shudder revealed more about the renewal of the series in a press release.

“Shudder, AMC Networks’ premium streaming service for horror, thriller and the supernatural, has ordered a fourth season of the groundbreaking drag competition series The Boulet Brothers’ Dragula. The Shudder Original Series will debut exclusively on the streamer day and date in all territories, alongside the previous three critically acclaimed seasons. Created, hosted and judged by the Boulet Brothers, the 10-episode fourth season will feature drag artists from around the world for the first time competing in challenges ranging from costume creation and makeup artistry to live performance and acting with the winner taking home a $100,000 grand prize, the largest in the show’s history. The acquisition follows a successful launch for the Shudder Original The Boulet Brothers’ Dragula: Resurrection, the innovative, two-hour film – part horror movie, part documentary and part reality competition – which was one of the service’s most watched premieres of 2020.

“Joining forces with Shudder marks the beginning of an exciting new era for The Boulet Brothers’ Dragula, and Season 4 is lining up to be the most ambitious season to date,” said the Boulet Brothers. “We will be featuring some of the most groundbreaking drag art in the world and with $100,000 on the line, the competition (and the challenges) are going to be deadly.”

“We are thrilled to be working with the incredibly talented Boulet Brothers on a new season that will be bigger, better and more outrageous than ever,’ said Craig Engler, Shudder’s General Manager. “This show brilliantly merges underground drag and horror, showcasing a diverse group of artists, and we’re delighted to bring it to Shudder members, alongside all three previous seasons.”

Dubbed one of the “15 best LGBTQ shows everyone needs to watch” (Cosmopolitan) and “required horror viewing” (Fangoria), The Boulet Brothers’ Dragula has taken both queer and horror audiences by storm. The show’s season three preemie in fall 2019 ranked #2 on iTunes Reality TV chart and 11th among the most watched TV shows on iTunes that fall.

The Boulet Brothers’ Dragula is written, produced and co-directed by the Boulet Brothers, directed by Nathan Noyes and executive produced by David Sigurani. On behalf of Shudder, Executive Producers Craig Engler and Emily Gotto; Executive in Charge Nick Lazo and Producer Samuel Zimmerman. Season 4 is produced in association with OUTtv.”

What do you think? Are you a fan of The Boulet Brother’s Dragula on Shudder? Do you plan to watch season four?