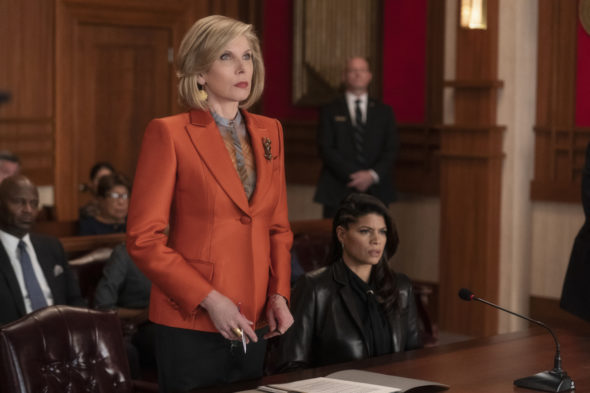 “The rich are not like us.” CBS All Access just released a new preview for season four of The Good Fight.

Season four of The Good Fight premieres on CBS All Access on April 9th.

March 30, 2020 – CBS All Access today released the official trailer and key art for the highly anticipated fourth season of its hit original series THE GOOD FIGHT. Premiering Thursday, April 9, the first portion of the season will be available weekly on Thursdays with episodes one and two dropping on April 9 and April 16, and after a one-week hiatus the season will return on April 30 with additional episodes.

Fans can now catch up and binge the first three seasons of THE GOOD FIGHT for free, along with all other CBS All Access original series as well as CBS Television Network hits like EVIL from Robert and Michelle King, on CBS All Access by using the promo code “ALL” for a free month of CBS All Access through Thursday, April 23. Offer can be activated at https://www.cbs.com/all-access.

Season four of THE GOOD FIGHT finds Reddick, Boseman & Lockhart navigating a very different landscape. After they lost their biggest client, Chumhum, and their founding partner’s name was tarnished, Reddick, Boseman & Lockhart was forced to accept an offer by a huge multi-national law firm, STR Laurie, to become a small subsidiary. Suddenly, all of their decisions can be second-guessed by the giant firm that is literally on top of them. While STR Laurie initially seem like benevolent overlords, we find Diane Lockhart and her colleagues chafing at their loss of independence while simultaneously investigating the emergence of a mysterious “Memo 618.”

What do you think? Are you a fan of The Good Fight? Are you planning on watching season four?

Love the show and can’t wait for season four.

love the good fight….I’m watching it.

I can’t see CBS All Access in Puerto Rico…