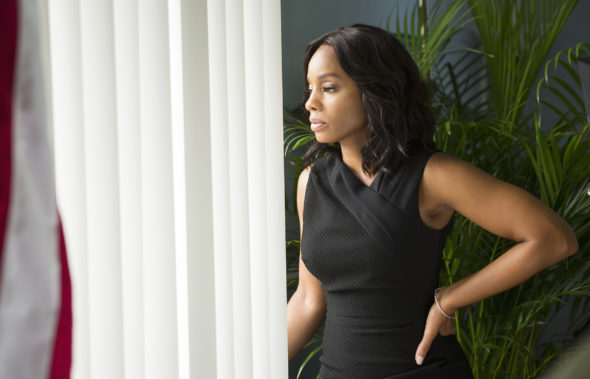 TV show description:
From creators Felicia D. Henderson and Charles Holland, The Quad TV show unfolds at Georgia A&M University, one of the nation’s most prestigious HBCUs (Historically Black Colleges and Universities). As the school’s newly elected president, Dr. Eva Fletcher (Rose) has to balance her personal life with her career and the needs of her students.

The administration, faculty, and GAMU student body share one goal in common — making a name for themselves. There is plenty of passion and controversy for everyone, including the sometimes secretive Dr. Fletcher. Still, she needs to think of the university’s future, and do everything she can to keep it solvent and independent.

As friendships form and fade, and people switch alliances, confront scandal, and deal with protest, everyone tries to keep their eyes on the prize.

Series Finale:
Episode #19, “#TheColorPurple”
GAMU’s students decide to take matters into their own hands; it’s time for a revolution! Concerned about whether Bronwyn is pregnant, or just trying to trap her son, Cedric’s mother pays him a surprise visit and then takes matters into her own hands. BoJohn’s father shows up ready to take him. (Courtesy of BET)
First aired: April 2, 2018

What do you think? Do you like The Quad TV series? Should this TV show be cancelled or renewed for another season on BET?