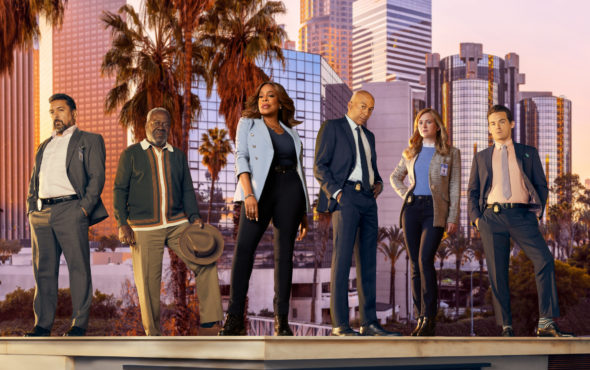 TV show description:
A police procedural drama series, The Rookie: Feds TV show was created by Alexi Hawley and Terence Paul Winter and is a spin-off of The Rookie from a backdoor pilot.

The story follows Simone Clark (Nash-Betts), the oldest rookie in the FBI Academy. Both empathetic and exasperating, Simone is a former guidance counselor as well as the mother of twins. As the story begins, Simone graduates from Quantico and heads to Los Angeles to start a new life.

What do you think? Do you like The Rookie: Feds TV show? Do you think it should be cancelled or renewed for another season?

Hate this show. Not realistic, too much cleavage. She’s a big mouth and needs to put on some clothes

I enjoy The Rookie, and gave Feds a fair shot, but I’m over it. I understand “suspension of disbelief” but this goes way too far. It’s not believable from any angle, and if it’s supposed to be a comedy, is not funny. And the cleavage… I’m out.

This show is absolutely awful! The writing is atrocious, the lead actress is totally atrocious and the entire premise of the show is unbelievable! A 48 year old female guidance counselor being accepted to the FBI academy and then being such a top graduate, excelling in the driving course in the pit maneuver and the sheer attitude she exhibits would make any training officer throw her middle age butt out the door, PERIOD!!!!

This show should be cancelled. It is totally unrealistic. First and foremost, the FBI, as other federal agencies, does not recruit people over the age of 37, with exceptions to veterans. If you are going for comedy, it is too over the top. It The antics displayed would not be tolerated in a federal law enforcement agency. This show should not be on a major network, and should be a spinoff of RENO 911, with absolutely no connection/spin off from the Rookie; by doing so, it threatens the integrity of a well established, believable and successful television show.

Norma: I agree with you 1000 percent. It would be a bad RENO 911. It is a terrible show and the acting is terrible. This show should not be renewed. It is an embarrassment to good police shows and to actual law enforcement agencies.

No, the writing was flat