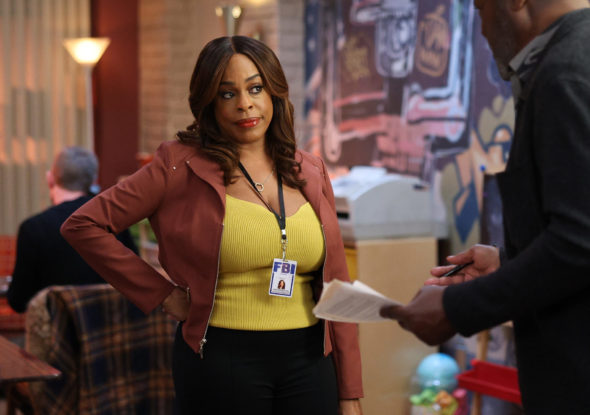 The alphabet network has cancelled and renewed several shows in recent days and has now announced some of the programs that will be helping to fill the 2022-23 schedule. Thus far, ABC has ordered to series four new shows — Alaska, Avalon, Not Dead Yet, and The Rookie: Feds (above).

A drama from David E. Kelley, the Avalon TV show does not yet have a cast.  The series is set in the city of Avalon on Catalina Island, off the coast of Southern California. L.A. Sheriff Department Detective Nicole “Nic” Searcy heads up a small office. Catalina has a local population that serves more than 1 million tourists a year, and each day when the ferries arrive, hundreds of potential new stories enter the island. Detective Searcy is pulled into a career-defining mystery that will challenge everything she knows about herself and the island.

A comedy adapted from Alexandra Potter’s book Confessions of a 40-something F**k Up, the Not Dead Yet series stars Gina Rodriguez, Joshua Banday, and Angela Gibbs. Rick Glassman will recur. In the story, Nell Stevens (Rodriguez) is a broke and newly single self-described disaster. She works to restart the life and career she left behind some 10 years ago. When she lands the only job she can find — writing obituaries — Nell starts getting life advice from an unlikely source. Jessica St. Clair and Mary Elizabeth Ellis had series regular roles in the pilot but, due to a change in the show’s focus, they won’t be in the series, per Deadline.

A spin-off of ABC’s The Rookie series, The Rookie: Feds is a procedural drama that stars Niecy Nash-Betts, Frankie Faison, and Felix Solis. The story follows Simone Clark (Nash-Betts), the oldest rookie in the FBI Academy. The character was introduced in the recently-aired two-part backdoor pilot on The Rookie. In the episodes, Officer Nolan (Nathan Fillion) and the LA division of the FBI enlist the help of FBI trainee Clark when one of her former students is suspected of terrorism following an explosion at a local power station. Kat Foster was featured in the pilot but will not continue on to the series.

Additional information about these shows, as well as premiere dates, is expected to be released over the coming months.

What do you think? Do you plan to check out any of these upcoming ABC TV shows? Do you think any of them will be a big hit?

I enjoyed the crossover launch of The Rookie: FBI, and look forward to watching that new show. Not sure I’m interested in the others, though.

Dropping Kat Foster from the Rookie probably knocks it out of my watch list. She is a lot more watchable than Nash.

non of these sounds good , not watching