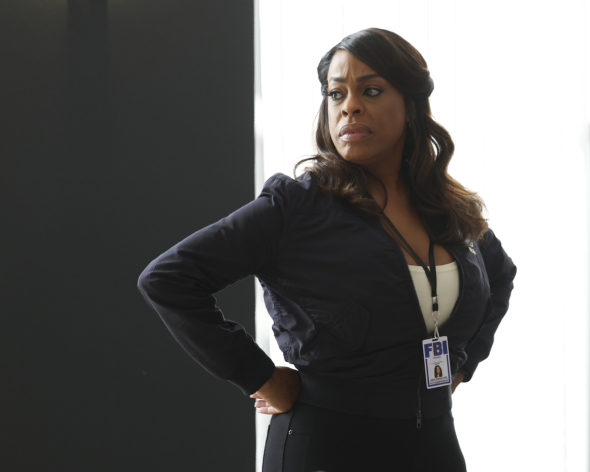 Simone is staying on the job, at least for the rest of the 2022-23 television season. ABC has ordered nine more installments of The Rookie: Feds TV series, bringing the first season’s tally to 22 episodes.  The pickup comes after just four episodes have aired.

A police procedural drama series, The Rookie: Feds TV show is a spin-off of The Rookie from a backdoor pilot. The series stars Niecy Nash-Betts, Felix Solis, Frankie Faison, Britt Robertson, Kevin Zegers, and James Lesure. Guests in the first season include Jessica Betts, Tom Arnold, Eric Roberts, and Deniz Akdeniz. The story follows Simone Clark (Nash-Betts), the oldest rookie in the FBI Academy. Both empathetic and exasperating, Simone is a former guidance counselor as well as the mother of twins. As the story begins, Simone graduates from Quantico and heads to Los Angeles to start a new life.

Airing on Tuesday nights, the first season of The Rookie: Feds averages a 0.29 rating in the 18-49 demographic and 1.91 million viewers in the live+same day ratings (including DVR playback through 3:00 AM). In the live+7 day ratings, the series is averaging a 0.59 rating in the demo with 4.31 million, an increase of 107% and 126%, respectively.

ABC has yet to order additional episodes of Alaska Daily, the alphabet network’s other new drama series. It draws lower traditional ratings but also sees a sizable jump in delayed viewing.

What do you think? Have you checked out The Rookie: Feds TV series on ABC? Are you glad to hear that the network has ordered more episodes?

ABC supports this show which is not entertaining, but cancelled Stumptown after renewing it for season 2 because of the pandemic! Doesn’t make sense. Stumptown was the best new show that aired in 2019. ABC has also promoted shows that have been rebooted after 40 years and they can’t reboot Stumptown and live up to their original word of a renewal!

I totally agree with you. That’s what I years back stumptown was a great show. I loved it.

Complete crap… should be cancelled rightaway.

I like the show. Not quite as realistic as The Rookie, since Niece isn’t in shape to complete FBI training. But she is so likeable I can over look it. Good supporting cast, and I really like the crossovers with The Rookie.

I love the rookie but I cannot stand this loud-mouth buffoon in Feds. What could have been an interesting show is ruined by the queen of annoying! Not to mention, the FBI is so corrupt these days we should be concentrating on exposing the corruption rather than covering it up.

“the FBI is so corrupt these days…”

You mean, as opposed to the glory days of J. Edna Hoover??

As opposed? No. Along with. Corruption is corruption.

This show is trash and I can’t believe it is being renewed! Nash is the worst!! They cancel good shows and renew the garbage.

Ratings no longer seem to matter to ABC. I’m not sure they really matter to NBC or CBS anymore either. If they can sell the seasons to other networks and overseas, that is what matters.

This show is awful & typical for ABC!

I really wanted to like this show and love the actress but the show is complete and udder trash!
Cheesy 80s b action movie type, plotless and brainless scoots written with Dad humor. Nothing happens, nothing furthers the story and every episode is more dumb than the one before.. who is still watching this and more importantly Why?

This show is like a breath of fresh air. It’s lighthearted, humorous and brightens up my life.
With subjects of doom and gloom currently littering our lives on a daily basis, this is surely the anesthetic.
Everytime I am excited to see what’s in-store by hastily pressing play.

3
-10
Reply
Any other name would be frivolous

This show is it disaster it came from a disastrous process or TV series. Why in the world are they wasting peoples time

This show is garbage with Niecy Nash as the lead.

The WORST show on TV today!