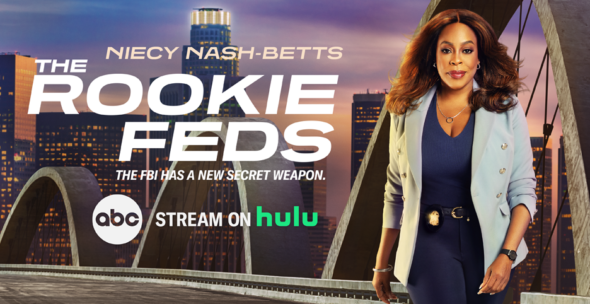 ABC has had a tough time filling the Tuesdays at 10 PM timeslot for years. Most of the new shows that have landed in that timeslot have struggled, and many have been cancelled. How will The Rookie: Feds do? Will it beat the trend and become a hit in the ratings? Will The Rookie: Feds be cancelled or renewed for season two? Stay tuned.

A police procedural drama series, The Rookie: Feds TV show is a spin-off of The Rookie from a backdoor pilot. The series stars Niecy Nash-Betts, Felix Solis, Frankie Faison, Britt Robertson, Kevin Zegers, and James Lesure. Guests in the first season include Jessica Betts, Tom Arnold, Eric Roberts, and Deniz Akdeniz. The story follows Simone Clark (Nash-Betts), the oldest rookie in the FBI Academy. Both empathetic and exasperating, Simone is a former guidance counselor as well as the mother of twins. As the story begins, Simone graduates from Quantico and heads to Los Angeles to start a new life.

11/30 update: You can see the latest night’s ratings in context.

What do you think? Do you like The Rookie: Feds TV series on ABC? Should it be cancelled or renewed for a second season?

I can’t believe I gave it another try. Never again. I deleted the it from my recorded shows. Question, why are so many shows including lesbian love affairs? Niecy’s father asks her he never knows what to think. Sometimes she brings home men, then women and some times people who knows what sex they are. Show should canceled.