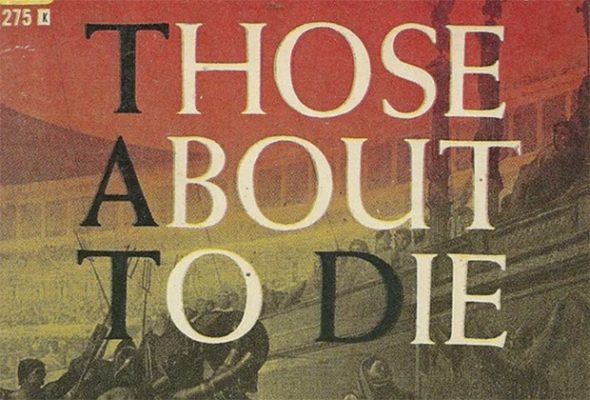 Those About to Die has added a big name to its cast. Sir Anthony Hopkins will star in Peacock’s upcoming gladiator drama series. The show is inspired by Daniel P. Mannix’s 1958 non-fiction book, which was previously the basis for the Gladiator feature film directed by Ridley Scott. Peacock gave the historical drama a straight-to-series order in July.

Hopkins is the first major cast member to be announced for the project. The actor will play Vespasian, the Emperor of Rome and head of the Flavian bloodline. He is battle-tested, a rural upstart who claimed his throne after victory in a bloody 10 year civil war. Vespasian is aging and is despised by the Patricians jockeying for position in the Empire and looking to supplant his heirs to the throne the first chance they get.

Two-time Academy Award(R) winner Anthony Hopkins has joined the spectacular historical epic series, THOSE ABOUT TO DIE, in the pivotal role of Emperor Vespasian, it was announced today by the show’s studio AGC Television via Chairman and CEO Stuart Ford. The series, to be directed by internationally renowned filmmaker Roland Emmerich, is written by lauded Academy Award(R) nominated writer Robert Rodat.

· In the US the series will be broadcast by Peacock who gave the show a straight to series order. Co-financing comes from High End Productions, the recently launched Vienna-based distribution and financing partnership between Herbert Kloiber Sr. and Germany’s Constantin Entertainment who have acquired distribution rights in Europe. Remaining worldwide rights are controlled by AGC International.

· THOSE ABOUT TO DIE is an epic drama set in the complex and corrupt world of spectacle-driven gladiatorial competition. The series introduces an ensemble of diverse characters from all parts of Roman society who collide at the intersection of sports, politics and dynasties of the ancient world.

· Anthony Hopkins (Sir) received an Academy Award(R) for his performance in The Father (2020) and Silence of the Lambs (1991), as well as Academy Award(R) nominations for his roles in The Remains of the Day (1993), Nixon (1995), and Amistad (1998). He was also honored with the Best Actor Award by the British Academy of Film & Television Arts for The Father & The Remains of the Day and has received two Emmy(R) Awards for The Lindbergh Kidnapping Case (1976), in which he portrayed Bruno Hauptmann, and The Bunker (1981), in which he portrayed Adolph Hitler. Ranked as the #1 film villain by the American Film Institute, Hopkins reprised his Academy Award(R)-winning portrayal of “Dr. Hannibal Lecter,” from the critically acclaimed Silence Of The Lambs, in a hit prequel Red Dragon, and a blockbuster sequel Hannibal.

· The deal was negotiated by Mitch Smelkinson of Goodman Genow Schenkman Smelkinson + Christopher, LLP and by Director of Legal and Business Affairs Conor McElroy on behalf of AGC.”

A premiere date and additional cast members will be announced later.

What do you think? Are you planning to check out this new drama on Peacock when it eventually premieres?

Yes I will, love this dramas series and having Anthony Hopkins (Sir) to play the roll of Vespasian, the Emperor of Rome and head of the Flavian bloodline, that is fantastic I can’t wait to see the series start,