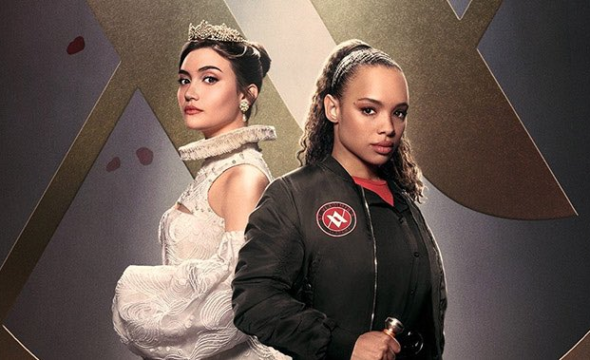 School’s out for the students of St. Vladimir’s. Peacock has cancelled the Vampire Academy TV series, so that we won’t see a second season.

A supernatural fantasy drama from executive producers Julie Plec and Marguerite MacIntyre, the Vampire Academy TV show is based on the novel series by Richelle Mead. It stars Sisi Stringer, Daniela Nieves, Kieron Moore, André Dae Kim, Anita-Joy Uwajeh, Mia McKenna-Bruce, Jonetta Kaiser, Andrew Liner, Rhian Blundell, and J. August Richards. The story revolves around the friendship of two young women from very different social classes as they prepare to complete their education and enter vampire society. Lissa Dragomir (Nieves) is a Moroi princess, while Rose Hathaway (Stringer) is a half-vampire Guardian trained to protect against the savage ‘Strigoi’ who threaten to tear their society apart.

The Vampire Academy books were previously adapted for a 2014 film of the same name. This series was a reboot and was ordered straight-to-series in May 2021.

Filming took place in Spain and Portugal, and the show launched in September last year. The 10-episode run finished in late October. While Peacock was reportedly pleased with the show’s creative direction, the series didn’t attract enough viewers to justify a second season. Word is that Universal Studio Group is shopping the series to other outlets.

Plec and cast members took to social media to address the cancellation news.

I, too, am grumpy. This is a romantic, exciting, addictive show with a breakout cast, a passionate fan base and legions of story left to tell. Business is business and streamers have to find what works for them, but if you’re a network with a need for a vampire show, we’re avail. https://t.co/Ccrzydcvjr

Unfortunately, #VampireAcademy has been cancelled… I just wanted to share my thoughts as well as a message to my fellow #actors out there about what it feels like having your show cancelled… pic.twitter.com/UKUmMYBtlv

Don’t know what to say. We gave it everything & we’re heartbroken. I’ll love these people forever. So grateful to you @Caryshotwife & @julieplec. The support we received from the fans blew our minds, we always felt so safe in your love. Proud to have been part #VampireAcademy 💔 pic.twitter.com/vCf0x4gLSa

What do you think? Have you checked out the Vampire Academy TV series? Are you disappointed that there won’t be a second season on Peacock? Would you watch season two on another channel or outlet?

I absolutely adore the show and its entire cast. I absolutely hope that the show can find a new home. I would love to see more seasons. This cast is special!

Really tried to like this show and gave it about 6 episodes before I dumped it. Such a boring show not at all surprised it got cancelled.