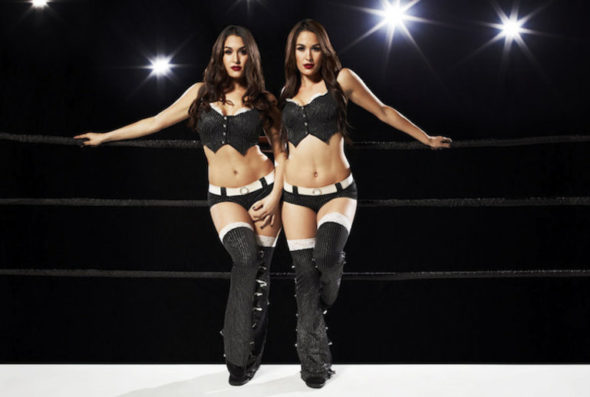 Total Bellas is back in action. Recently, E! announced the TV show will return for a third season in May.

The docuseries follows the personal and professional lives of WWE Superstars, The Bella Twins. The new season will “follow Nikki Bella and John Cena through their ups and downs as they plan their wedding and face the challenges that go into preparing for the big day.”

Los Angeles, CA – April 5, 2018 – WWE(R) Superstars Nikki Bella(R), Brie Bella(R), John Cena(R) and Daniel Bryan(R) will once again give viewers an inside look at their lives outside of the ring, with an all-new season of “Total Bellas,” which premieres on Sunday, May 20 at 9 PM ET/PT on E!

Season three will follow Nikki Bella and John Cena through their ups and downs as they plan their wedding and face the challenges that go into preparing for the big day. Meanwhile new parents, Brie Bella and Daniel Bryan navigate balancing work obligations with being home for their daughter’s “firsts.” Between wedding preparations and motherhood, the Bella Twins also continue to build their brand and expand their business ventures, all while planning their long-awaited WWE comeback.

“The Bella Twins are exemplary of the strong, inspiring women that resonate with our audience,” said Amy Introcaso-Davis, Executive Vice President, Development and Production, E! “E! has been there for the most pivotal moments in the Bella Twins’ lives and we are thrilled to continue following Nikki and Brie’s thriving careers, and all the heartwarming moments in their personal lives.”

Season three of “Total Bellas,” gets underway as Brie Bella decides that she wants to join her sister and John Cena in San Diego, but faces resistance from her husband, Daniel Bryan, who is not interested in moving. As the wedding creeps closer and plans are being finalized, thinking about the future forces Nikki and John to have a truly honest conversation about major life decisions that they don’t see eye to eye on. Meanwhile after two years of extensive evaluations, Daniel Bryan gets the exciting news he has been waiting for; he is cleared by WWE to return to in-ring competition.

What do you think? Are you a fan of Total Bellas? Will you watch the new season?