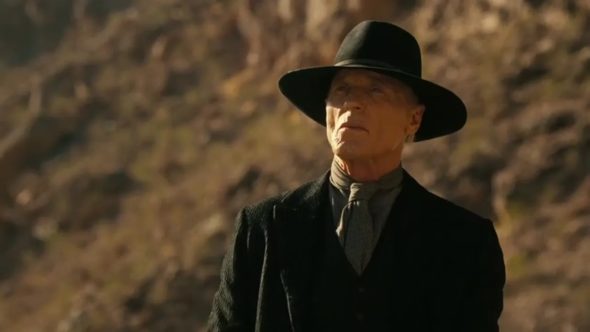 Westworld fans were surprised by the news that the sci-fi series would not return for a fifth season. HBO announced the cancellation of the series late last week. However, the cable channel will reportedly still have to pay the cast for the fifth season. The drama’s story begins in a futuristic theme park where people spend money to live out their fantasies in the Wild West.

Per Deadline, Evan Rachel Wood, Thandiwe Newton, Jeffrey Wright, Ed Harris (above), and Aaron Paul had clauses that guaranteed they would be paid their fifth season pay even if the show was cancelled.

The following was revealed about the cancellation of the HBO series:

The salaries the cast is owed for Season 5 are believed to total in the $10M-$15M range. It is not a small chunk of change, but Westworld is not a cheap show overall, with its third-season budget pegged at $100M, or about $10M an episode, so proceeding with a fifth season would’ve cost HBO north of $80M.

According to sources, the cancellation decision came down to the same criteria Netflix uses for their renewal decisions: viewership vs. cost. Westworld‘s ratings have declined steadily throughout its run to date.

What do you think? Were you surprised by the cancellation of Westworld? Did you want to see season five of this HBO show?

I expressed my feelings about this show to the producers, a while back. There are positives and negatives. Was a fan of the ideas, not so much the execution.

They should just do a 2 hour wrap it up movie for the fans since the cast is being paid regardless.

Might as well make a final season if the cast are still getting paid.

I really like this show, sometimes a bit complicated but I don’t want to see it cancelled.