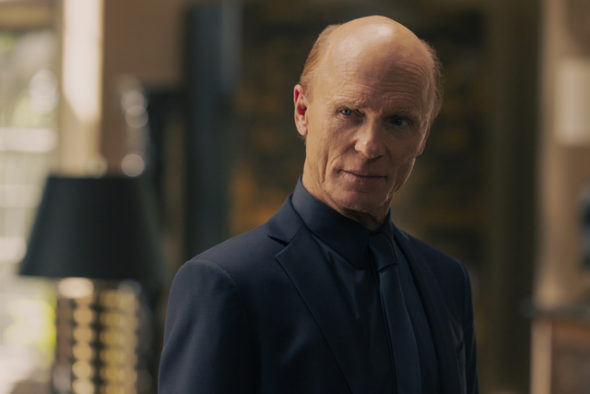 Westworld has closed its doors. The HBO TV series has been cancelled so a fifth season won’t be forthcoming. The fourth season of eight episodes, which saw a big drop in the ratings, finished airing in August.

A science-fiction thriller series, the Westworld TV show stars Evan Rachel Wood, Thandiwe Newton, Ed Harris, Jeffrey Wright, Tessa Thompson, Luke Hemsworth, Aaron Paul, Angela Sarafyan, and James Marsden with Ariana DeBose, Aurora Perrineau, and Daniel Wu. Created by Jonathan Nolan and Lisa Joy, the drama series unfolds in a pricey, futuristic theme park, where visitors pay to act out their Wild West fantasies while interacting with lifelike robot “hosts.” The fourth season picks up seven years after the end of the third season and is a dark odyssey that revolves around the fate of sentient life on earth.

The fourth season of Westworld averaged a 0.06 rating in the 18-49 demographic and 349,000 viewers in the live+same day ratings (including DVR playback through 3:00 AM). Compared to season three, that’s down by 73% in the demo and down by 57% in viewership. While these numbers don’t include further delayed or streaming viewing, they are a very good indicator of how a show is performing, especially when compared to others on the same channel.

A statement from HBO addressed the cancellation: “Over the past four seasons, Lisa and Jonah have taken viewers on a mind-bending odyssey, raising the bar at every step. We are tremendously grateful to them, along with their immensely talented cast, producers and crew, and all of our partners at Kilter Films, Bad Robot, and Warner Bros. Television. It’s been a thrill to join them on this journey.”

What do you think? Do you enjoy the Westworld TV series? Are you sorry that this HBO series hasn’t been renewed for a fifth season?

Lorraine F : Very disappointed . I love Westworld. Sorry they just decided to let it end at the last episode.

Season one was great. I’m just two eps into season four and have to FORCE MYSELF to watch it! Terrible. Just terrible.

They seemed to lose their direction with the robots taking over and becoming no different than the humans. It became a waste of time.

It really could have been so much more. But it became tedious and boring.

The first season was great, the second was fine, but the series lost direction when it it left “Westworld”. Good application of mercy rule. But can’t believe actors are being paid for not acting.

The Randtard Libertarian hostile takeover of Warner Media is ruining every good thing that company was ever associated with it. What Laslav & his puppet master John Malone have done to that company is criminal.

Maybe they want to cancel Westworld before the viewers realize that they (Laslav & Malone) are themselves robot “hosts”??

amazing news, but should have come after the second season

Westworld movie 1970s series syfy so good look forward to seeing it every Sunday night . Big bummer canceled enjoy it and love it .

Pfffff, at least let it finish property, yes it was horrible after season 2 but it’s unfinished.