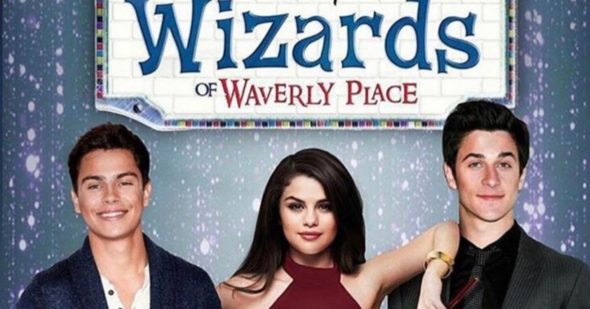 The cast of Wizards of Waverly Place have joined back together again for an appearance in a new video. Members of the cast make guest appearances in the video for “Worse” by New Hope Club. Bailee Madison, an alum of the series, directed the music video.

Disney Channel revealed more about the cast reunion and music video in a press release. Check that out below.

“Hollywood Records / Virgin EM artists NEW HOPE CLUB have released “Worse,” a brand-new track, produced by hitmakers The Monsters and Strangerz (Dua Lipa, Selena Gomez, Camila Cabello, Zedd & Maren Morris’s #1 single “The Middle”) and co-written by the band with James Alan Ghaleb (Jonas Brothers, Troye Sivan, Charlie Puth), along with a stunning companion video directed by Bailee Madison. The video marks the directorial debut of Madison, an alum of the hit TV series Wizards of Waverly Place and she reunited several of her former castmates for the song’s love-on-the-rocks storyline.

“We had the storyline and visuals pictured in our heads and are so proud to have captured that on video,” says New Hope Club lead singer Blake Richardson.

“Worse” sees New Hope Club performing across different eras – a chance for Richardson and bandmates George Smith and Reece Bibby to pay homage to a few of their musical heroes in fashion and form.

“It was so amazing, fun and different to see New Hope Club ‘through the years’ while keeping to a specific storyline. And Bailee was so great to work with. We knew we could put all our trust in her to bring our vision to life.”

“Blake and I were discussing visual ideas for a song about losing someone and how much that hurts, but that seeing that person with someone else would be worse,” says Madison, who also stars in the video. “Blake and I play a couple whose story is told through different decades and scenarios where he realizes my character is not as loyal as he would hope.”

“We’re so excited to have made the first New Hope Club video that mixes their music with elements of film and television and dialogue pieces,” she adds. “Since this was my first time directing, I wanted to share the moment with some friends of mine that have been so supportive through the years. I was so excited when some of my ‘Wizards’ cast mates were in town and down to be a part of it. I’ve known them since I was 11 years old and being back together with their encouragement and support was so incredible. A few others near and dear to me made the day extra special – my friends Maddie Ziegler, Meg Donnelly, Robyn Lively and Bart Johnson. It was a labor of love and I’m beyond grateful that the band trusted me to direct it.”

The British trio have also been helping fans get through self-quarantine with a series of livestreams featuring original songs, fan-picked covers of songs by The Weeknd, Niall Horan, 5 Seconds of Summer, Rex Orange County and more.

“It’s so important for us to help one another during this crazy time,” says Richardson. “We want to show our fans love and let them know that they aren’t alone. Music is something that’s always helped unite the world. We hope these songs and videos bring a little light and happiness to everyone.”

Check out the music video below and look for the cast of the Wizards of Waverly Place.

What do you think? Were you fan of this series? Did you fan the cast in the series?