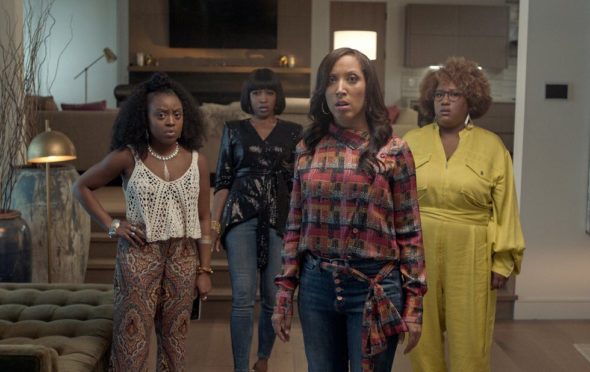 A Black Lady Sketch Show will return. HBO has renewed the comedy series for a fourth season. This renewal comes only weeks after the third season wrapped on the cable channel. Robin Thede, Gabrielle Dennis, Ashley Nicole Black, and Skye Townsend star in the sketch comedy series.

“HBO announced the Emmy(R)-winning sketch comedy series A BLACK LADY SKETCH SHOW has been renewed for a fourth season.

Created, written, executive produced, and starring Robin Thede, the six-episode third season of A BLACK LADY SKETCH SHOW concluded on May 13 on HBO, with all episodes available to stream on HBO Max.

New York Times heralded the third season of A BLACK LADY SKETCH SHOW as a “spectacular showcase,” describing its stars as “the most exciting comics (and the silliest).” The Root hailed this season as “the smartest, freshest, funniest comedy on TV”. Entertainment Weekly praises the show’s emphasis on “Black woman joy” saying it “sets it apart” from anything else on television.

Amy Gravitt, EVP of HBO Programming quote: “Robin, Gabrielle, Ashley, and Skye brought so much life to each character they portrayed in every sketch,” said Gravitt. “We’re beyond excited to explore even more comedic worlds with a fourth season of A BLACK LADY SKETCH SHOW.”

Creator/Writer/Executive Producer/Star Robin Thede quote: “A BLACK LADY SKETCH SHOW has created an indelible mark thanks to the trust and support of the incredible team at HBO. We are ecstatic to be heading into a fourth season that means so much to our cast, crew, and the dedicated audience who so passionately loves our show.”

A premiere date for A Black Lady Sketch Show season four will be announced later.

What do you think? Are you a fan of this HBO comedy series? Do you plan to watch season four?