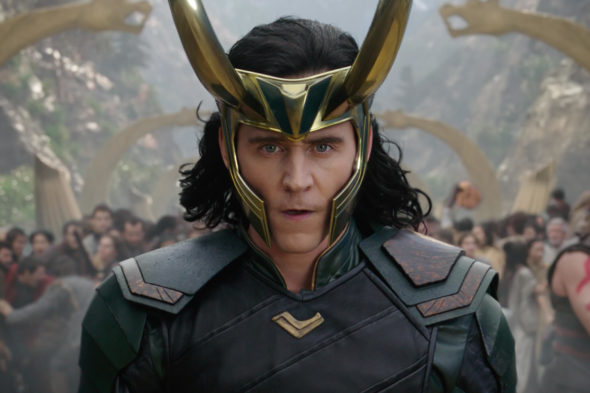 The Marvel heroes are coming to the rescue — and the Disney+ streaming service. The Disney company held a presentation for investors and Kevin Feige, president, Marvel Studios, and chief creative officer, Marvel, shared plans for the expansion and future of the Marvel Cinematic Universe. Feige said, “The Cinematic Universe weaves storylines, heroes and villains across 23 feature films to date. And with Disney+, we’re able to extend this way of storytelling to a new format – creating series that are connected to our theatrical releases, making the MCU more immersive than ever.”

Feige revealed three new Marvel series for Disney+ — Armor Wars, Ironheart, and Secret Invasion. The streamer also offered updates on the shows that had been previously announced — The Falcon and The Winter Soldier, Hawkeye, Loki, Moon Knight, Ms. Marvel, She-Hulk, WandaVision, and What If…?.

Armor Wars — Based on the classic Marvel comics, this series stars Don Cheadle as James Rhodes aka War Machine who must face what happens when Tony Stark’s tech falls into the wrong hands. Premiere date TBD.

The Falcon and The Winter Soldier — Debuting on March 19, 2021, this superhero series stars Anthony Mackie as Sam Wilson aka The Falcon, and Sebastian Stan as Bucky Barnes aka The Winter Soldier. The pair, who came together in the final moments of the Avengers: Endgame feature film team up on a global adventure that tests their abilities — and their patience. Directed by Kari Skogland with Malcolm Spellman serving as head writer, the six-episode series also stars Daniel Brühl as Baron Zemo, Emily VanCamp as Sharon Carter, and Wyatt Russell as John Walker.

“The legacy of that shield is complicated.” Marvel Studios’ The Falcon and the Winter Soldier, an Original Series, starts streaming March 19 on #DisneyPlus. pic.twitter.com/C3uD0s4ULm

— The Falcon and the Winter Soldier (@falconandwinter) December 11, 2020

Loki — This series is set to debut on Disney+ in May 2021 and follows the God of Mischief as he steps out of his brother Thor’s shadow in a new series that takes place after the events of the Avengers: Endgame feature film. Tom Hiddleston returns as the title character, joined by Owen Wilson, Gugu Mbatha-Raw, Sophia Di Martino, Wunmi Mosaku, and Richard E. Grant. Kate Herron directs Loki, and Michael Waldron is head writer.

Loki, an Original Series from Marvel Studios, is coming May 2021 to #DisneyPlus. pic.twitter.com/5XbLT8fovT

Moon Knight — Directed by Mohamed Diab, this action-adventure series features a complex vigilante who suffers from dissociative identity disorder. The multiple identities who live inside him are distinct characters who appear against a backdrop of Egyptian iconography. Premiere date TBD.

Ms. Marvel, a newer character to Marvel comics has grabbed the world's imagination and we are excited to announce Iman Vellani as Kamala Khan.

Secret Invasion — This newly announced series stars Samuel L. Jackson as Nick Fury and Ben Mendelsohn as the Skrull Talos — characters who first met in the Captain Marvel movie. The crossover comic event series showcases a faction of shape-shifting Skrulls who have been infiltrating Earth for years. Premiere date TBD.

She-Hulk — A new comedy, this series stars Tatiana Maslany as She-Hulk/Jennifer Walters, a lawyer who specializes in superhuman-oriented legal cases. She-Hulk will welcome a host of Marvel characters to the series, including the Hulk, played by Mark Ruffalo, and the Abomination, played by Tim Roth. The series is directed by Kat Coiro and Anu Valia; Jessica Gao is head writer. Premiere date TBD.

WandaVision — Launching on January 15, 2021, this is Marvel Studios’ first series that continues to expand the MCU. Wanda Maximoff and Vision are two super-powered beings are living idealized suburban lives, but begin to suspect everything is not as it seems. Starring Elizabeth Olsen, Paul Bettany, Kathryn Hahn, Teyonah Parris, Kat Dennings and Randall Park, WandaVision is directed by Matt Shakman; Jac Shaeffer is head writer.

What If… ? —  An animated series, this show flips the script on the MCU, reimagining famous events from the films in unexpected ways. Coming to Disney+ in Summer 2021, Marvel Studios’ first animated series focuses on different heroes from the MCU, featuring a voice cast that includes a host of stars who reprise their roles. The series is directed by Bryan Andrews; Ashley Bradley is head writer.

WHAT IF…?, an Original Series from Marvel Studios, is coming Summer 2021 to #DisneyPlus. pic.twitter.com/P8VDm2rhXJ

What do you think? Are you a fan of the Marvel Universe characters and movies? Are you planning to watch any of these Disney+ shows?