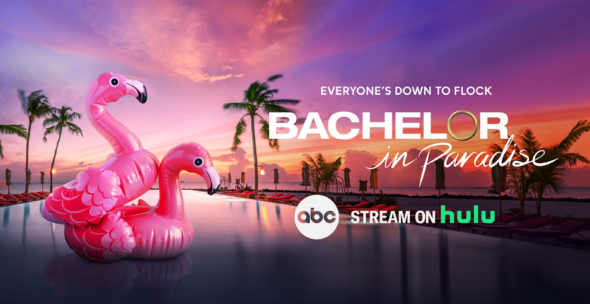 In the past, Bachelor in Paradise has always aired during the summer months, when viewership and expectations are lower. This year, ABC is running the series as part of the regular fall schedule. With more competition, how will the eighth season perform in the ratings? Will Bachelor in Paradise be cancelled or renewed for season nine? Stay tuned.

11/8 update: You can see the latest night’s ratings in context.

For comparisons: On Mondays, season seven of Bachelor in Paradise on ABC averaged a 0.93 rating in the 18-49 demographic and 3.29 million viewers. The Tuesday editions averaged a 0.81 demo with 2.96 million.

What do you think? Do you like the Bachelor in Paradise TV series on ABC? Should it be cancelled or renewed for a ninth season?