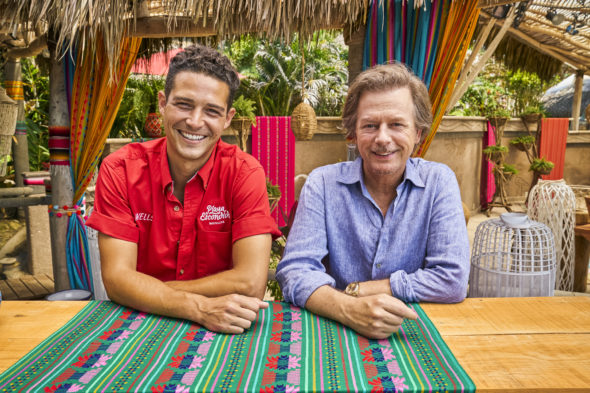 The alphabet network wants to bring you back to paradise. ABC has renewed the Bachelor in Paradise TV show for an eighth season. Casting and a premiere date will be announced at a later date.

Check out our ABC status sheet to track the alphabet network’s new series pickups, renewals, and cancellations. You can find lists of cancelled shows here.
What do you think? Do you enjoy the Bachelor in Paradise TV series? Are you glad to hear that it’s been renewed for an eighth season?

Funny what you renew vs. cancel! This show can be entertaining.., who doesn’t like high-schoolers ?

I do like this show because I am a fan of the whole Bachelor franchise. I would prefer Jesse Palmer as the host. But am happy with Wells hosting the rose ceremonies. But who will greet everyone as the arrive? Suprisingly, I did like David Spade. He was funny on last years.

How do you make one of the worst pieces of crap shows on TV even more cringe-inducing? Bring on aging boyband “singers” and third rate ex-SNL actors as “guess hosts”.

Suppose they could do worse than David Spade. Chris Kattan or Fred Armisen, for example….