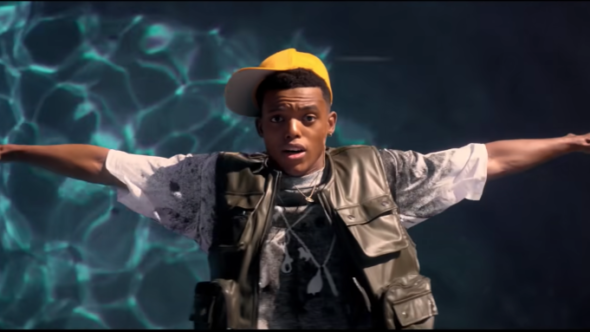 “Set in modern-day America, Bel-Air is a serialized one-hour dramatic analogue of the 90’s sitcom The Fresh Prince of Bel-Air that leans into the original premise: Will’s complicated journey from the streets of West Philadelphia to the gated mansions of Bel-Air. With a reimagined vision, Bel-Air will dive deeper into the inherent conflicts, emotions and biases that were impossible to fully explore in a 30-minute sitcom format, while still delivering swagger and nods to the original show.”

T.J. Brady and Rasheed Newson, Executive Producers and Co-Showrunners of Bel-Air said the following about the series:

“At its heart, Bel-Air is a coming-of-age story that celebrates the strength and love of the Black family. We have stayed true to the original premise of the legacy series – Will’s life is turned upside down after he is forced to leave West Philly and lands in Bel-Air with its gated mansions and wealth, however, our new series brings Will and the Banks family into the world as we know it now. It’s been incredible to bring these iconic characters to life when you tap them into the cultural pulse of our time. The series was the fabric of so many of our upbringings, tied to memories and the joy of seeing ourselves represented on TV so it is important to us to pay respect to its legacy.

During the development of Bel-Air, the most daunting question was: Could we find a young actor who’d be able to step into the role of Will Smith? Well, did we ever find him. His name is Jabari Banks and he won our hearts in the same way he won this role. Our creative team, including Will Smith, recognized that Jabari embodied the talent, charisma, and sheer swagger necessary to make this iconic role his own.”

A premiere date will be announced for Bel-Air at a later time. Check out the trailer below.

What do you think? Are you excited to see Bel-Air on Peacock?