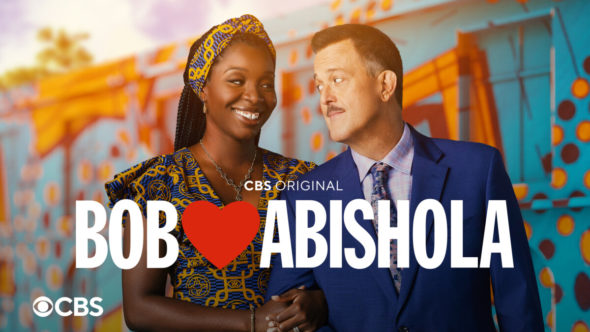 Last season, CBS cancelled three of the network’s seven sitcoms. Of the four that survived, Bob ♥ Abishola was the lowest-rated. It doesn’t help the series’ prospects for a fifth season renewal that the network doesn’t own the show. Will Bob ♥ Abishola be cancelled or renewed? Stay tuned.

A romantic comedy series, Bob ♥ Abishola (read as “Bob Hearts Abishola”) stars Billy Gardell, Folake Olowofoyeku, Christine Ebersole, Matt Jones, Maribeth Monroe, Vernee Watson, Shola Adewusi, Barry Shabaka Henley, Travis Wolfe Jr, Gina Yashere, Bayo Akinfemi, Anthony Okungbowa, and Saidah Arrika Ekulona. As the story begins, Bob (Gardell) is the owner of a very successful compression sock factory in Detroit and runs the business with his mother (Ebersole), his sister (Monroe), and his younger brother (Jones). The stress of the job lands Bob in the hospital with a heart attack and he falls in love with his cardiac nurse, Abishola (Olowofoyeku), an immigrant from Nigeria. She came to America with her young son (Wolf Jr.) and they live with her Auntie Olu (Adewusi) and Uncle Tunde (Henley). Despite their very different backgrounds and her initial lack of interest, Bob is determined to win Abishola’s heart. He eventually does, but life has a way of getting complicated.
The ratings are typically the best indication of a show’s chances of staying on the air. The higher the ratings, the better the chances for survival. This chart will be updated as new ratings data becomes available.

For comparisons: Season three of Bob ♥ Abishola on CBS averaged a 0.52 rating in the 18-49 demographic and 5.31 million viewers.

What do you think? Do you like the Bob ♥ Abishola TV series on CBS? Should it be cancelled or renewed for a fifth season?

Please reconsider in boost your ratings look forward to seeing it every Monday night so funny enjoy it and love it all episodes of it. Never missed any episodes of it. Great cast and crew members .