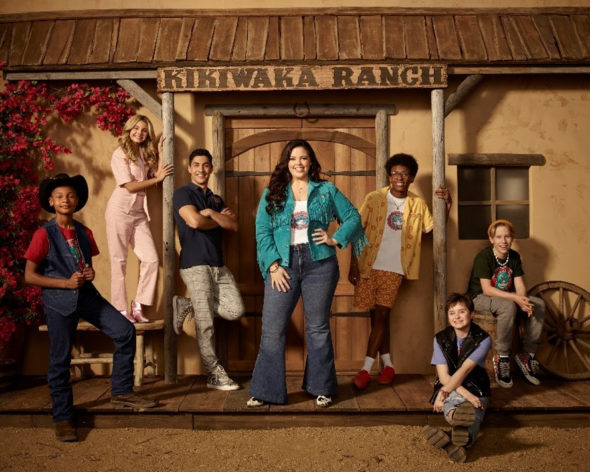 Bunk’d is returning to the Disney Channel with its sixth season. The cable channel has revealed a return date for the series and ordered additional episodes, bringing the tally to 30 installments. The show follows a group working at a summer camp. It stars Miranda May, Trevor Tordjman, Mallory James Mahoney, Israel Johnson, Shiloh Verrico, Luke Busey, and Alfred Lewis.

“The long-running hit comedy series “BUNK’D” will return for its sixth season on FRIDAY, JUNE 10, at 7:30 p.m. EDT/PDT on Disney Channel and DisneyNOW. Disney Channel also announced a pickup of five additional episodes today, bringing the total to 30 episodes for the sixth installment of “BUNK’D.” A spinoff of the Disney Channel fan-favorite comedy “Jessie” (2011-2015), “BUNK’D” revolves around the hilarious adventures of the campers and counselors at Maine’s rustic Camp Kikiwaka. Series regulars Miranda May (Lou), Trevor Tordjman (Parker), Mallory James Mahoney (Destiny) and Israel Johnson (Noah) will return for the new installment set at a dude ranch in the Wild West. They will be joined by new cast members Shiloh Verrico (“Country Comfort”) as Winnie, Luke Busey (“Cobweb”) as Jake, and newcomer Alfred Lewis as Bill. Erin Dunlap will continue to serve as executive producer and showrunner of the series, with May also landing an executive producer role. As in previous seasons, May will continue to direct select episodes.

Season six, titled “BUNK’D: Learning the Ropes,” begins as Lou, Parker, Destiny and Noah arrive at the soon-to-be Kikiwaka Ranch in Dusty Tush, Wyoming, where Lou must convince the surly owner, a.k.a. The Marshal, to officially sell the property to her. In the meantime, counselors Noah and Destiny have their hands full with the newly arrived campers, including Bill, a no-nonsense descendant of famous cowboy Bill Pickett who prefers roping cattle to hanging out with friends; Winnie, a fearless girl who’s earned the nickname Wild Winnie by breaking the rules and occasionally blowing things up; and Jake, a laid-back, easy-going boy who also happens to be a video-gaming fanatic.

“BUNK’D” is executive produced by Dunlap, May, David Booth, Valerie Ahearn and Eric Schaar and was created by Pamela Eells O’Connell. The series carries a TV-G parental guideline.”

What do you think? Are you excited to see Bunk’d on the Disney Channel this summer?