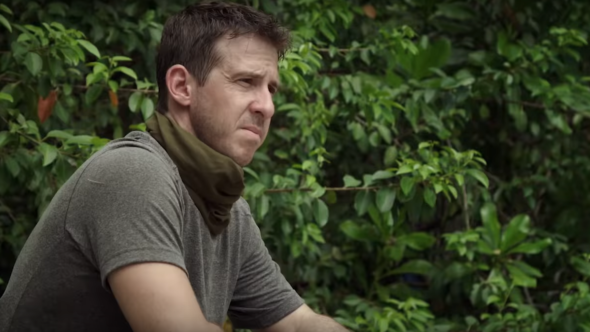 Castaways premieres on ABC on August 7th at 10 p.m. ET/PT.

Castaways” is a revolutionary series testing the human need for companionship under extreme circumstances as each individual learns there are other castaways out there but are unaware of how many, their locations or when they will be rescued. This visually stunning, new reality series follows 12 diverse individuals as they’re dropped alone throughout various islets in Indonesia and challenged to survive among washed-up luggage, scattered resources and abandoned structures. “Castaways” premieres TUESDAY, AUG. 7 (10:00-11:00 p.m. EDT), on The ABC Television Network, streaming and on demand.

The only way to leave the remote islands is to persevere long enough to be rescued or to quit. As dramatic situations unfold on an expanse of islands in the South Pacific, the series flashes back to the real lives of each participant in documentary fashion, demonstrating haunting parallels to the lives they left behind.

The 12 Castaways are as follows:

Angel Alvarenga – Chatsworth, California – Age 20
Angel grew up in Honduras and was raised by his grandmother after his mother immigrated alone to California. At the age of 15, he came to the United States to be closer to his mother. His brother was recently injured as a result of gang violence back in Honduras, leaving Angel feeling trapped in the U.S., trying to find ways to afford to return to his family and help his brother.

Terry Allen – Agoura, California – Age 62
Terry recently moved back home to California to help her aging parents and their growing difficulties with dementia. She’s about to send her youngest daughter off to college and has always seen herself as a caregiver. At this stage in her life, she feels conflicted by the fact that her greatest love is for her family but longs for a sense of independence.

Eric Brown – Glendale, California – Age 31
Eric’s childhood dream to serve in the U.S. Navy became a reality at the age of 19. After being in the service for seven years, Eric struggled with things he had witnessed while stationed in Iraq. He was able to pull himself out of that depression mainly because of his recent marriage to his girlfriend, Elise. Elise has been reluctant to share her wedding day news with her parents since she’s unsure of how they would react to her interracial relationship and fears they will contest her marriage.

Sawyer Brown – Willseyville, New York – Age 30
Sawyer is a devoted husband and father who is a sponsored obstacle-course racing athlete, but living a healthy, happy life hasn’t always been the norm for him. He struggled with drugs and alcohol while growing up in small-town America but was able to pursue a better life through fitness. He believes he can help those with similar issues including his brother Zach who struggles with substance-abuse issues and depression.

Tim Burke – Plant City, Florida – Age 50
Tim is a retired U.S. Army Green Beret who has spent much of his life fighting America’s conflicts on foreign battlefields. Retirement has not been a time of leisure as he often travels undercover around the world in order to rescue young girls from sex-trafficking rings. At times, his focus on issues abroad has caused him to neglect important issues at home.

Robbie Gibbons – Birmingham, Alabama – Age 42
At 390 pounds, Robbie is a caring husband and father of four who is beginning to feel the weight of his food addiction as the fear of an imminent heart attack looms. He is known for being an upbeat and positive middle school physical education teacher but feels the hypocrisy in not practicing what he preaches. Robbie is currently looking into his hereditary past for answers to find out if his estranged biological father has any addictive personality traits that could help explain his own addiction issues.

Reshanna Hearvy – New York, New York – Age 24
Reshanna’s bubbly personality is meant to distract people from her heartbreaking personal struggles. Her tight-knit family was evicted from their home without notice forcing them to split up and live in various homeless shelters across the boroughs of New York City. Every week, she looks forward to Sunday since it’s the only time her family is reunited during morning church services. She will not stop until she reaches her goal of living with her family under one roof despite her difficult situation.

Matt Jaskol – Las Vegas, Nevada – Age 32
Matt’s childhood dream was to become a professional race car driver and at the young age of 16, he went from amateur go-kart racing to racing Formula 4 cars around the world. His pursuit to be successful in racing came to screeching halt when the financial market crashed in 2008, which led to putting his racing career on hold. He currently tends to the family woodworking business and takes care of his parents.

Krichelle Kerbow – Haiku, Hawaii – Age 25
Krichelle defines what it means to live off the grid as she resides with her family deep inside the jungles of Hawaii. She enjoys what Hawaii has to offer but desperately wants to branch out on her own to travel around the world. However, she feels as though her loved ones at home could spiral out of control if she were to leave the jungle to follow her dreams.

Richard Rogers – Sequim, Washington – Age 35
Richard has a great amount of knowledge and expertise when it comes to fishing and hunting as a result of growing up in the Pacific Northwest on a salmon hatchery. At the age of 35, he’s finally looking to settle down with his fiancée, Libby. Not only will he learn what it takes to be a good husband but will also take on the responsibility of caring for Libby’s two children as he makes the transition from adult bachelor to a parental figure.

Kenzi Whittington – Nashville, Tennessee – Age 24
Kenzi is an aspiring country music recording artist who moved to Nashville after high school. She’s determined to make it in the music business but the demands of her career have taken their toll on several of her relationships. She often wonders whether or not her dreams of becoming a singer are merely a pipe dream or if they could end up becoming a reality.

Tracee Wnetrzak – Quartz Hill, California – Age 41
Tracee is a self-described super mom who has her hands full as the primary caretaker of five generations living under one roof while she attempts to maintain a job at a local restaurant. Her morning whirlwind routine consists of making sure her mother and grandmother take their medication as she tries to make sure the kids get to school on time. Her memories of growing up in a broken household have taught her invaluable lessons on how to keep a household together.

“Castaways” is produced by Nomad Entertainment which specializes in unscripted television and documentary features. Emmy®-nominated producer, Grant Kahler serves as showrunner. Kahler’s credits include serving as creator and executive producer of Discovery Channel’s “Alaska: The Last Frontier” and History’s “Madhouse,” as well as serving as executive producer of the hit competition series “Alone” and “The Selection” for History.

What do you think? Are you a fan of reality competition shows? Will you watch Castaways?

Love love love this show!!! Wish there was a reunion show for them, but it was great to at least see how they were doing after the show! I would love to do this! Would love to be on this show!

I want to be on the show….how do u get on the show…if u need a contestant I’m down for it. My life has been so hard i need one break like these pple got castaway please help and i’ll conquer ur quest thanks guys hope yo hear from u..my email is cherandrick69gmail.com

Put an Old Country Boy Redneck (the Jeff Foxworthy kind. Not the racist stuff) out there. Lived in the woods for 3 weeks just for the hell of it (to get away from it all). Sometimes the peace and quiet is what you need. You only need others to do what you can’t do. Me, Put me in solitary confinement and I’ll be happier than having some annoying person asking all kinds of stupid crap. My own mind entertains itself. I know what I need to do and do it. But, I can be sneaky about things. I’ve learned all… Read more »

how does someone get on this show?? i would love to do this @abc

So, if they are alone and feeling the desperation of no human contact, who is doing the filming? I can’t find anything that answers this question.

I have the exact same question.

I have not checked yet — but am about to — but there are obviously camera people there. I wondered about the “contact” issue, too, and assume that the staff are instructed to only film and not to talk with or otherwise interact with the participants — kind of like “Naked and Afraid”. The only program that is truly a “reality” program, in my opinion, is “Alone” because those guys are REALLY alone and do their own filming.

I would like to audition for this show. I am divorced, 6 years. Never been over it. I have ups and downs. Many downs. I haven’t dated in over 4 years. My son is now a senior. I have lost myself, my job, and my son is a senior this year, and soon he will be gone too. I’m 54. Too late to start over once again? The show has just started and has been on for 20 minutes. I want the challenge to find myself again. I lost me somewhere along these past 6 years. I am too told… Read more »

I would love to try out for a show like this, I might even come close to the finish, at least iT might be fun to try

I would love to be on the show. I love challenges and hate limitations. Raised in the virgin islands and moved by parents to California. I am a breast cancer thriver, did a triathlon for TNT, force retired because job moved to Brazil. Empowered and ready for a new challenge.

I want to be on the show army mama Tennessee come get me!!!!

This is nothing like Survivor. That program should probably be called “Last Back Stabber Standing” since everyone is trying to gain an advantage over everyone else.