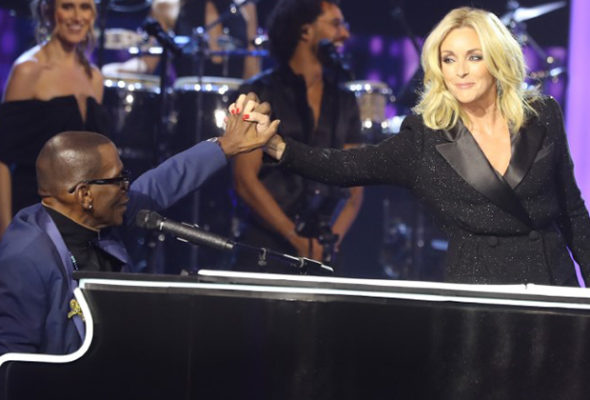 Name That Tune is returning soon to FOX with another special celebrity season. Celebrity Name That Tune will arrive on January 11th. This time around, viewers will see Chris Jericho, Tara Lipinski, Jordin Sparks, and others playing for charity on the musical competition series hosted by Jane Krakowski and Randy Jackson.

FOX revealed more about the celebrities set to appear in a press release.

Actress Tisha Campbell (Uncoupled, Inside Job), playing for the We Win Foundation vs. Actress Elizabeth Berkley Lauren (Saved by the Bell), playing for BABY2BABY and the Best Friends Animal Society

Multi-platinum singer/songwriter and actress Jordin Sparks, playing for The Forge for Families vs. Singer/Actor/Activist Clay Aiken, playing for the National Inclusion Project

Check out the preview for season three below.

What do you think? Are you excited about the return of this music game show?

so glad its coming back i still wonder why they moved over to celebrity though i guess having nomral people on the show didnt connect or something?