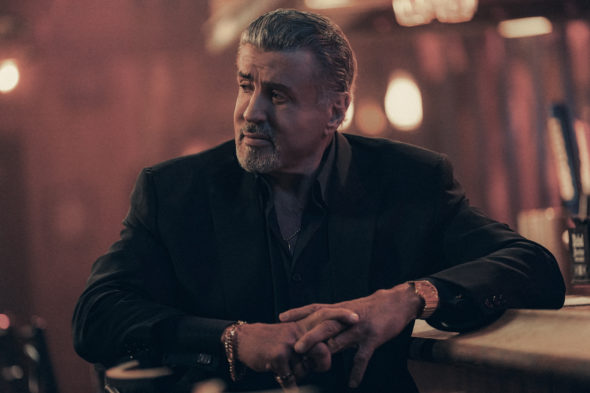 Sylvester Stallone is going to be even busier. Paramount+ has renewed Tulsa King for a second season. Three episodes of the 10-episode first season have been released so far.

A crime drama series, the Tulsa King TV show stars Sylvester Stallone, Andrea Savage, Martin Starr, Jay Will, Max Casella, Domenick Lombardozzi, Vincent Piazza, A.C. Peterson, and Annabella Sciorra with Garrett Hedlund and Dana Delany. The story follows Dwight “The General” Manfredi (Stallone), New York mafia capo who’s just been released from prison after 25 years. He’s then unceremoniously exiled by his boss to set up shop in Tulsa, Oklahoma. Realizing that his mob family may not have his best interests in mind, The General slowly builds a “crew” from a group of unlikely characters from his new locale. He works to establish a new criminal empire in a place that, to him, might as well be another planet.

Of the renewal, Tanya Giles, Chief Programming Officer at Paramount Streaming, said, “With the combination of the incomparable Sylvester Stallone and Taylor Sheridan’s darkly comedic twist on the beloved mobster genre, we have found our latest hit in Tulsa King. The series’ premiere on Paramount+ helped drive a record sign-up day fueled by our unique ability as Paramount Global to tap into Paramount Network’s incredible Yellowstone audience.”

David Glasser, the CEO of 101 Studios, noted that “We could not be more excited about the success of Tulsa King. It’s a fun, fresh show that audiences are truly embracing in no small part because of its star, Sylvester Stallone.  We are thankful to Chris McCarthy and MTV Entertainment Studios for their continued support, and we are looking forward to getting back on set for season two.”

The first season of Tulsa King is expected to conclude on January 22nd. A premiere date and additional details about the second season will be released later.

What do you think? Have you watched the Tulsa King TV series on the Paramount+ streaming service? Are you glad that this crime drama has been renewed for a second season?

Great show except the episode’s are to short. I watch it on Paramount +.
My kind of show

I absolutely love this show! Finally, a great series with great actors. Stolen e is still The Man! I can’t wait to see the season finale and season two. If you have not watched an episode, you’re missing out on one great show!

Fabulous show with amazing actors and a comedic twist. Some cussing

I’m so excited for the renewal. Not only is it a great show, but it is filmed in the great state of Oklahoma where i’m from. Long live Tulsa King!

Good news to hear look forward to seeing rest of this season.