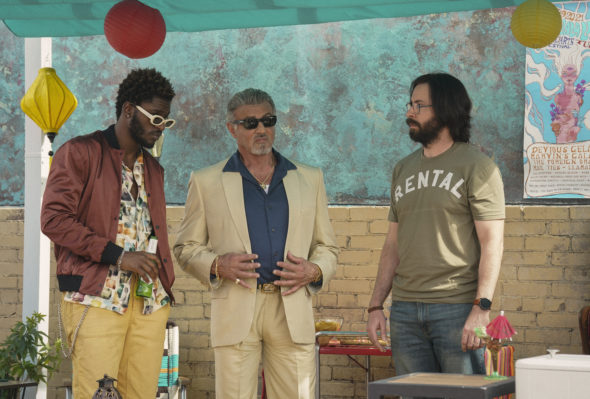 The General is rebuilding his empire in the first season of the Tulsa King TV show on Paramount+. As we all know, Nielsen ratings typically play a big role in determining whether a TV show like Tulsa King is cancelled or renewed for season two. Paramount+ and other streaming platforms, however, collect their own data. If you’ve been watching this TV series, we’d love to know how you feel about the first season episodes of Tulsa King here.

A Paramount+ crime drama series, the Tulsa King TV show stars Sylvester Stallone, Andrea Savage, Martin Starr, Jay Will, Max Casella, Domenick Lombardozzi, Vincent Piazza, A.C. Peterson, and Annabella Sciorra with Garrett Hedlund and Dana Delany. The story follows Dwight “The General” Manfredi (Stallone), New York mafia capo who’s just been released from prison after 25 years. He’s then unceremoniously exiled by his boss to set up shop in Tulsa, Oklahoma. Realizing that his mob family may not have his best interests in mind, The General slowly builds a “crew” from a group of unlikely characters from his new locale. He works to establish a new criminal empire in a place that, to him, might as well be another planet.

What do you think? Which season one episodes of the Tulsa King TV series do you rate as wonderful, terrible, or somewhere between? Do you think that Tulsa King on Paramount+ should be cancelled or renewed for a second season? Don’t forget to vote, and share your thoughts, below.