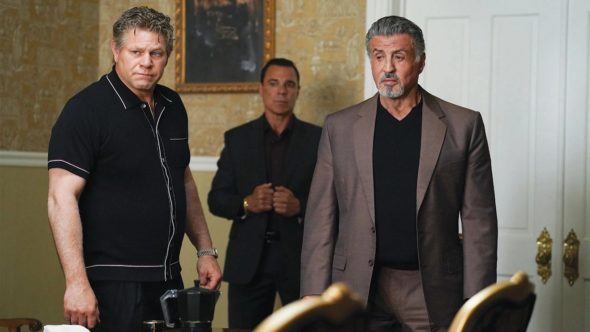 Tulsa King just arrived last Sunday on Paramount+, and there’s already a chance that viewers may not see a second season. Sylvester Stallone, who stars in the drama series from Taylor Sheridan (Yellowstone), finds that filming a television show is more difficult than movies.

Stallone said the following about Tulsa King and its future, per Variety:

“It’s beyond tough. I can’t believe some people have done this for four, five or six seasons. It’s brutal, compared to filmmaking. I’ll never say, ‘This is a hard shoot’ again on a feature. It’s a vacation compared to this! It really is.”

As for whether there will be more Tulsa, he’s unsure.

“Can they shoot it in my home in Palm Beach? That’d be nice. I talked to my wife about it. If she comes along with the kids to the set to visit, perhaps. But it’s a big decision, it really is.”

Episodes of Tulsa King are released on Paramount+ on Sundays.

What do you think? Have you checked out this new show? Do you want to see a second season of Tulsa King?

I don’t have paramount plus Northway intend on getting it

Love this show! Maybe it just needed a different time slot. Ever think of that Paramount+? I would hope you leave us with some closure instead of where it has ended in Episode 3.

As long as this season ends with a proper conclusion, I won’t mind. Lots of streaming “series” are pretty much 10 hour movies that were never intended to go further. (and many that bow to the hollering of fans and try a second season really fumble the ball)

Look forward to seeing it. Please renewed season 2 so good. I can’t wait to see watch it every Sunday morning.

I’m upset to see sly not wanting to finish I’ve been a fan all my life and was excited to see him film in my hometown if he chooses to not finish the show my Hero will be tremendously letting me down and all his fans for sure. I paid for a subscription for Paramount just to watch the show. I’m extremely upset. And disappointed ☹️

I am really looking forward to how he copes with the love for his daughter after he realize that he pushed her away because it was hurting him more than her and now she doesn’t want anything to do with him. He has that certain dry seance of hummer that only he can produce. And when he uses it you have to look at it objectively so you don’t judge him wrong for and not dislike the show.

I like the fact that he is actually using the fact of being locked away for 25 years and has the problem with adjusting and using the way things are done now. I really like the way he reacts to things. I don’t know of any other actor could react as he does to this.

I couldn’t get through the premier and you’re worried about a second season? The show was awful.

Ugh. It’s hard to get excited for a show when the star of the show is not that enthused. This doesn’t help viewers decide if they want to keep watching it. I am contemplating it now if the show is one and done.

Love anything Sylvester or Arnold do. Vote it to the top and he may reconsider.

The first episode was very good. Looking forward to seeing the rest of the season.

Loved that Stallone used his real age for the character. Made it funny when the woman in the hotel found out, and reacted like most would. You just had sex with a 75 year old, so yeah that’s going to have her running quickly.

I can relate to that. I am 83 and people that do not know me think I am 65 or so. I live in Thailand so most Thai’s my age look very old and have probems walking around.